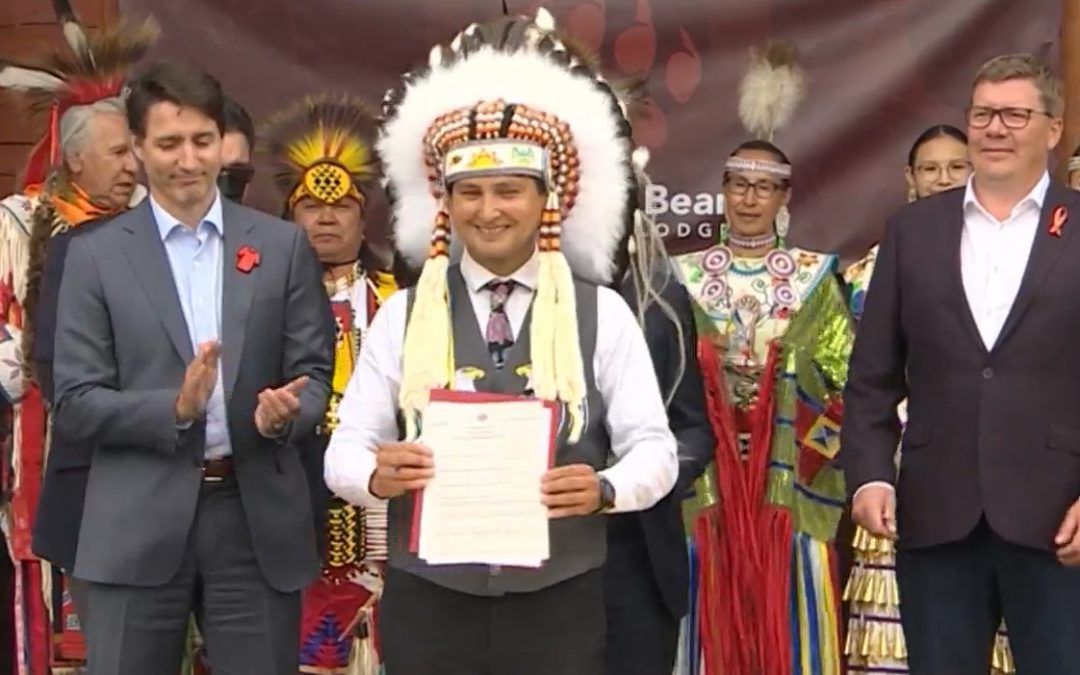 It’s the first of its kind in Canada, as a Saskatchewan First Nation gains control over child welfare.

The Cowessess First Nation signed two agreements with the federal and provincial governments Tuesday, giving it authority regarding children-in-care.

“Today we give birth to a new horizon,” said Chief Cadmus Delrome. “Today is a historical day, because we never gave up our sovereignty to our children.”

In 2020, Cowessess ratified its own legislation, to not only defining the parameters of child welfare programing, but the creation of the Chief Red Bear Children’s Lodge.

This follows the federal government passing legislation in 2019 aimed a reducing the number of Indigenous children in state care, but also allowing communities to create their own systems.

“The end goal is one day, there will be no children in care,” expressed Delrome. “We have a lot of work to do. Every day we will roll up our sleeves to make sure that every child when we call them home, that they know where home is, and that is Cowessess First Nation. And that they will dance, they will get their education and they will walk with their chin up and be a proud Cowessess citizen.”

A 2018 report by the provincial Child and Youth Advocate concluded that over 80 percent of children in care were identified as Indigenous.

“This is an important step forward. And at the end of the day, it’ll mean fewer children and youth in care. across the country,” Prime Minister Justin Trudeau said. “As we move forward, kids get the support they need and the protection they need. Driven by their own communities, in their own languages and in their cultures that no kids finally will be removed from the communities that they’re a part of.”

As part of the fiscal arrangement, Ottawa is investing $38.7 million to assist Cowessess in implementing its child and family services programs.

“I think we would all agree is a ray of hope. It’s a ray of hope for Cowessess First Nation,” Premier Scott Moe said, on the heels of the First Nation recently discovering 751 potential unmarked graves at the site of the former Marieval residential school.