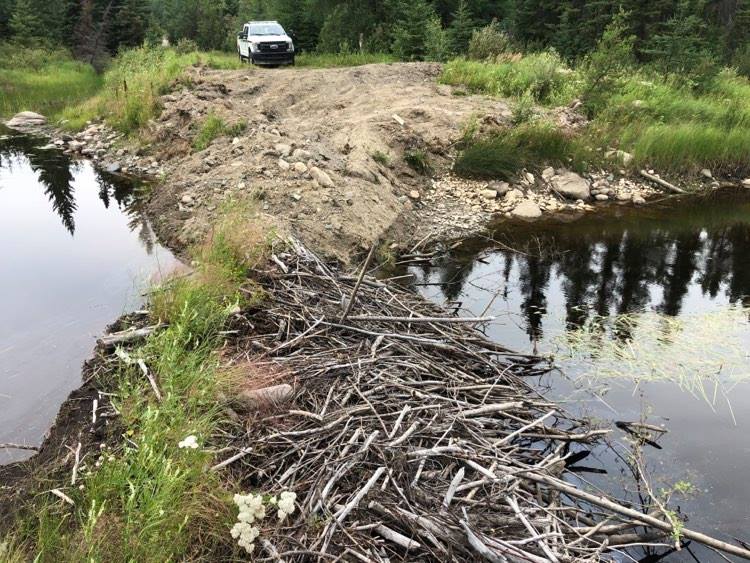 Provincial conservation officers are investigating after someone pushed gravel into a creek between Creighton and Denare Beach.

Inspector Troy Hilts with the Saskatchewan Conservation Officer Service explained heavy equipment was likely used to push the gravel into Meridian Creek. He added putting gravel in the creek could have an impact on aquatic life.

“It is a fish bearing creek because it flows through several lakes,” said Hilts.

Hilts said they take actions like this seriously as it can impact fish in a number of ways when it comes to their migration, food source, shelter and breeding grounds.

“That in turn sort of effects population,” he said.

Conservation Officers believe the incident happened between July 9 and 15. Hilts said they were able to narrow down the timeline because of information they got from the person who filed the complaint.

The gravel is still in the creek as Conservation Officers are currently working with the Water Security Agency to determine the best way to go about doing remediation work on the site.

“We don’t have any timelines right now, but we’re trying to get it done as soon as we can,” said Hilts.

The person or persons responsible for dumping gravel into the creek could face a range of punishment ranging from fines to possible jail time. They could also be on the hook for remediation costs.

Hilts said this type of incident is not something his office sees often. He explained Conservation Officers are more likely to see incidents like this in the more southern parts of the province.

“It’s not a common incident up in our area for sure,” he said.

Currently investigators are asking for the public to come forward with any information they may have. People can call the SaskTips line at 1-800-667-7561 where they can remain anonymous if they choose.