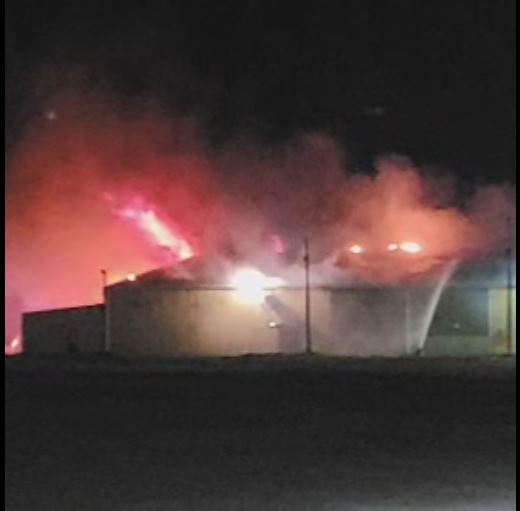 Meadow Lake RCMP are asking for the public’s help after a fire in the city this past weekend.

The Meadow Lake and District Arena was destroyed by fire Saturday evening.

In a post on the city’s Facebook page, it was explained the arena hosted a range of events including sporting events like hockey games and rodeos to concerts.

The city thanked firefighters and emergency personnel who worked to stop the fire from spreading. No injuries are being reported.

According to RCMP, their investigation has found the fire, which destroyed the building, started in a storage shed adjacent to the arena. RCMP also said the concession stand, which shares a parking lot with the arena, was also broken in to. Police said an older model gray truck was seen leaving the area.