(Screenshot of the search site for unmarked graves at Marieval residential school.)

It is considered one of the largest unmarked burials at a Canadian residential school, as the Cowessess First Nation says ground-penetrating radar has detected 751 unmarked graves at the Marieval residential school near Broadview.

“This is not a mass grave site. These are unmarked graves,” said Cowessess First Nation Chief Cadmus Delrome.

Delrome described the search site as a first phase of 44,000 square meters. The ground-penetrating radar began June 2, as the First Nation partnered with Sask. Polytechnique.

“The grave site is there and it’s real. And if you were to see it, there are 751 flags. When you look at it, it is the pain of the memories of being in the school for many that it is triggering,” explained Delrome.

The Marieval residential school operated from 1899 to 1970 by the Roman Catholic Church. It ultimately closed in 1997 and was demolished two years later. 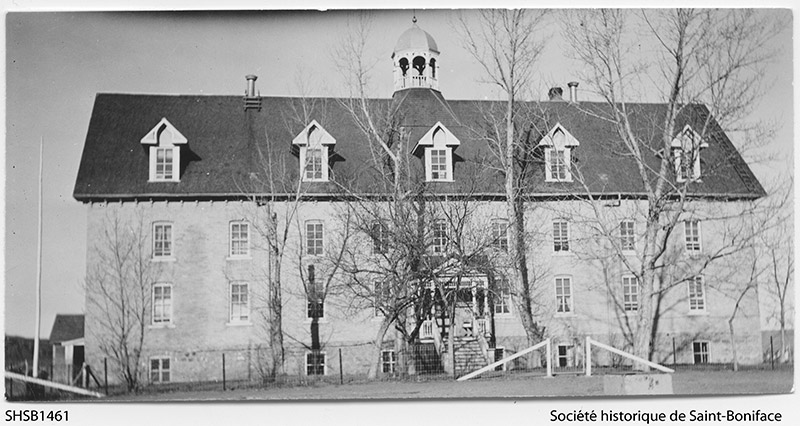 (Marieval residential school. Courtesy of the University of Regina.)

Further research will be conducted in the coming weeks to verify the exact number of graves and whether each site has more than one set of remains. Delrome suspects that adults and children are buried there.

“This was a crime against humanity. An assault on First Nations people. The only crime we ever committed as children was being born Indigenous,” said Federation of Sovereign Indigenous Nations Chief Bobby Cameron. “We are seeing the results of the genocide that Canada committed on our treaty lands. We will find more bodies and we will not stop until we find all of our children. We will do a search of every Indian residential school site and we won’t stop there. We will also search all the sanatoriums of Indian hospitals and all the sites where people were taken and abused, tortured, neglected and murdered. We will tell the stories of our children of our people who died, who were killed by the state by the churches and we won’t stop until we locate all of them.” 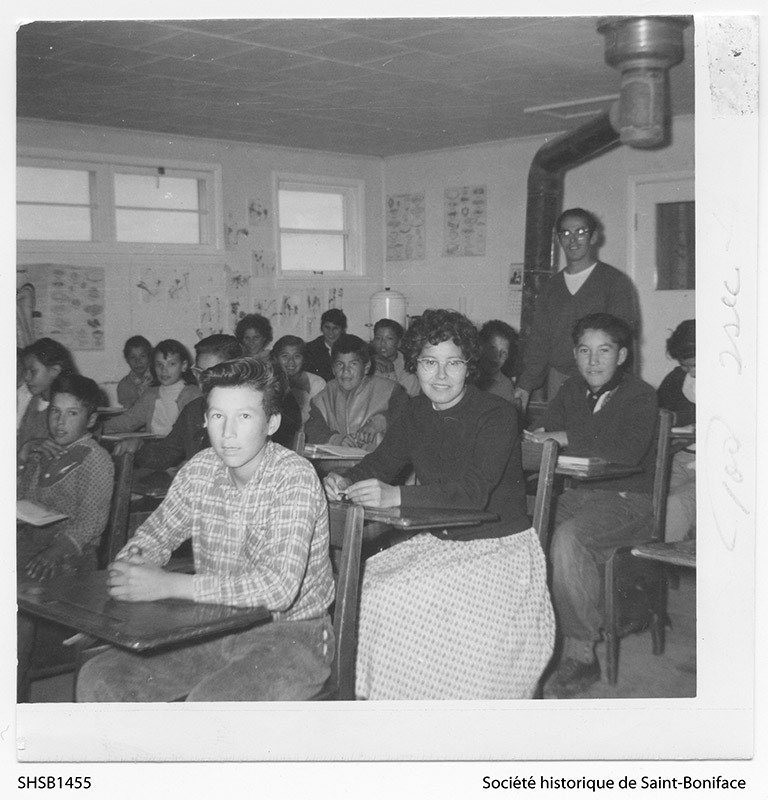 (Students at Marival residential school. Courtesy of the University of Regina.)

Delrome said he has fully confidence that the records of the Marieval residential school removed by the Catholic Church will be released to the Cowessess First Nation to aid in its research. He explained that some records were taken in 1970 to be stored in Winnipeg, yet one set of records was kept with the First Nation.

He called on the Pope to publicly apologize for its responsibility in operating Marival.

“The news that hundreds of unmarked graves have been found in Cowessess First Nation is absolutely tragic, but not surprising,” said Assembly of First Nations National Chief Perry Bellegarde. “I urge all Canadians to stand with First Nations in this extremely difficult and emotional time.”

Within the last week, the provincial and federal governments have pledged nearly $7 million for research, exploration, healing ceremonies and cultural protocols for unmarked burials at federally operated residential schools in the province, of which there were 20.

“All of Saskatchewan mourns for those who were discovered buried in unmarked graves near the former Marieval Indian Residential School site. I understand many were children, and it is heart breaking to think that so many children lost their lives after being separated from their families, and away from the love and solace only a family can provide,” Premier Scott Moe said. “Sadly, other Saskatchewan First Nations will experience the same shock and despair as the search for graves continues across the province.”

Support is available for those affected by their experience at Indian Residential Schools and in reading difficult stories related to residential school.  The Indian Residential School Crisis Line offers emotional and referral services 24 hours a day at 1-866-925-4419. In Saskatchewan, Cowessess has partnered with the Regina Treaty Status Indian Services at 306-522-7494.