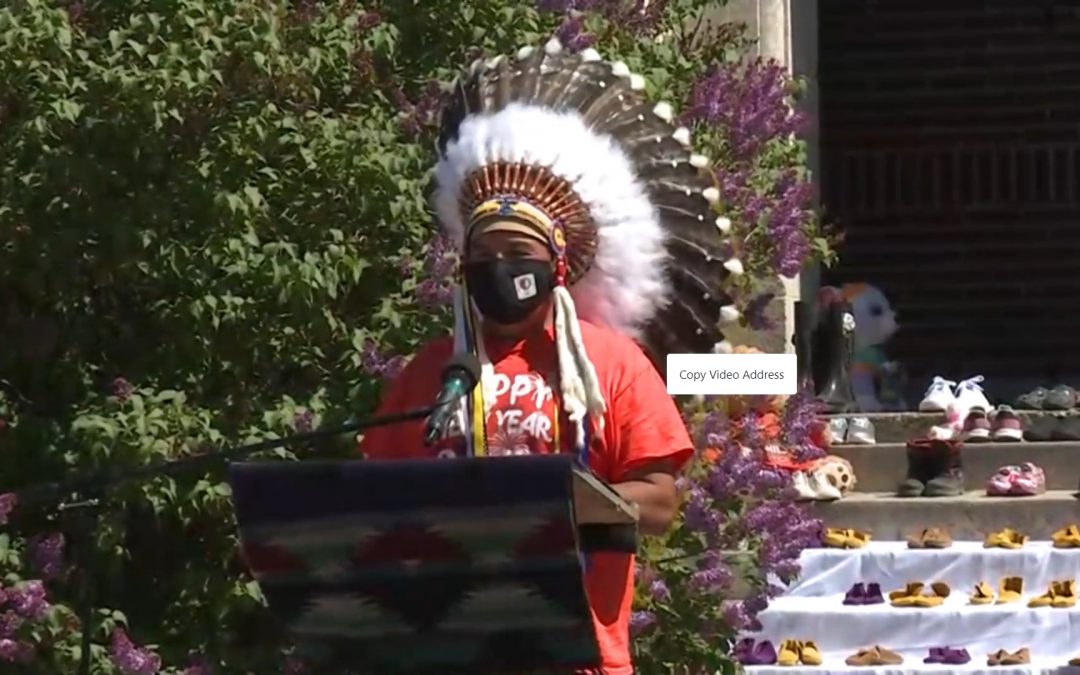 35 pairs of children’s moccasins and shoes were placed on the stairs of the Muskowekwan residential school, all prepared in the last two days.

Each pair of footwear represents an unmarked grave at the Sask. school.

“I just walk around the grounds this morning, you could feel some of the energy, you can feel the spirit on these lands right now. You can feel some of the healing,” explained Federation of Sovereign Indigenous Nations Chief Bobby Cameron. “We’re still survivors. The colour of our skin and the blood in our bodies tells us we’re going to survive and that our children are going to have a better life and a better future.”

On Monday, the FSIN stood with the provincial government to jointly call on Ottawa to commit to further examining potential unmarked graves at residential schools. Approximately six schools, including Muskowekwan have been identified.

Muskowekwan said it began to unearth unmarked graves during line construction in the early 1990’s.

In 2018-19 ground-penetrating was used to find more graves. The First Nation said it believed that through research, additional graves could be found.

“We’re motivated by the same thing to remember to honor children that are lost. These young children never got to see their relatives and parents and vice versa,” explained Lieutenant Governor Russ Mirasty. “I really appreciate it and I need to say this, the elders speaking in their own language, given the building that we’re standing in front of where language was lost or it was suppressed.”