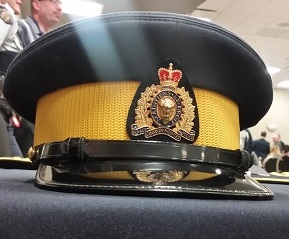 According to Prince Albert RCMP they were called to a residence in Sturgeon Lake on June 24 at 11:30 p.m. about a man being shot outside the home. RCMP said after investigation they found their had been a confrontation involving two men which led to one of the men being shot. The injured man was taken to hospital with what were described as serious injuries.

RCMP eventually arrested 25-year-old Phillip Okemow at a residence on Little Red River Reserve on June 25. Okemow is facing a charge of attempted murder along with seven weapons related charges. He is set to appear in court in Prince Albert June 30.

Editors Note: This story was amended on Wednesday June 30 to specify Okemow is from Sturgeon Lake First Nation, not Little Red Reserve as had originally been reported.