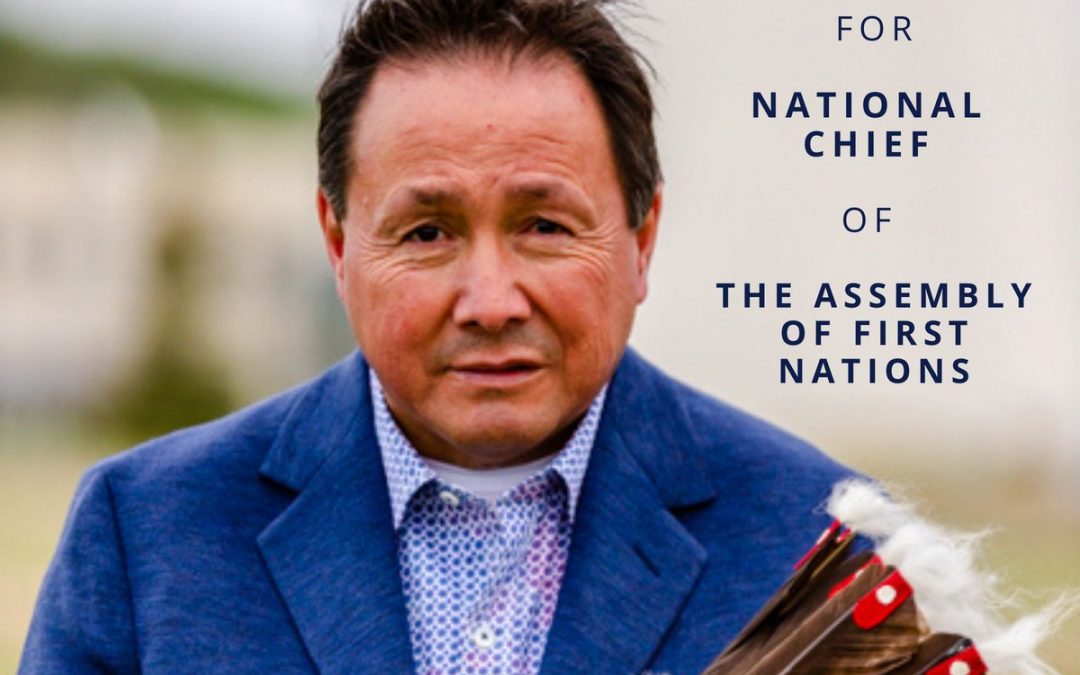 Reginald Bellerose is confident that he has the experience and vision needed to be successful in the upcoming election for the position of national chief for the Assembly of First Nations.

“To bring that experience—how to navigate the complexities of local First Nations politics and regional (politics) and then to bring it forward—to package all the experience, the longevity, the successes, the milestones, package it up and present it to the chiefs as a good option for the national chief,” said Bellerose.

“I’ve not heard that in my communication or in my talks. I believe I present myself as an option for the chiefs to consider, with experience. I’m a colleague of theirs for many years. I have a track record over the years that has demonstrated a position on jurisdiction, rights-based agendas,” said Bellerose, who has the support of the FSIN.

“My vision is to bring to the chiefs a common agenda with a united vision. We’ve got to stand on as much common ground as we can no matter where we are in Canada,” he said.

Bellerose understands the diversity of the nations, but he also understands that all are rights holders and all have common areas: lands, peoples and histories.

For those who don’t have lands or who were “shorted acres” that needs to be corrected, he said.

There are challenges with drugs and addictions at the community level, said Bellerose, and “we need to unite to keep our people well …. Addictions have put our people in jails, in graves.”

And while histories “may differ … there’s a lot the same. There’s one Creator. Everybody has that one Creator.”

“The Elders told leaders that if the chiefs of Canada stand together that we will stand a better chance of succeeding with the federal government and really influencing public policy,” said Bellerose.

He says it’s important to build a common agenda, understanding that chiefs won’t agree on everything.

“The common agenda is on how much of us can stand together on more important issues than just one. That’s the common agenda. And I believe, I’ve worked with a lot of chiefs over the years and it is in their heart to try to work together, to collaborate, to support. Those are all common themes in our meetings,” said Bellerose.

The national chief is coordinator, facilitator, organizer, lobbyist, and, if “by resolution in the assembly by the chiefs … the national chief gets that mandate,” says Bellerose, he also serves as spokesperson.

That direction from the chiefs is important, because the AFN is not a rights holder, he said. Politically, the national chief can facilitate meetings with and get political access to ministers for the nations.

In dealing with the federal government, Bellerose said it is about “creating the right balance. The right balance is the chiefs in Canada are the most important…leaders in the country.”

Bellerose’s top priority is rights and jurisdiction, and includes First Nations writing their own laws. He says Ottawa needs to understand they have to stop transferring jurisdiction to the provinces.

Economic sovereignty is his second priority and he says inherent rights provide First Nations with the ability to “make a living any way that we feel is important to us.” Bellerose also wants to promote small businesses and entrepreneurs and see First Nations getting a piece of the digital economy, green energy and cannabis.

Health and wellness with a focus on traditional approaches that include families in their entirety is Bellerose’s third priority. He points out that western medicine is not working.

When the successful candidate gets in “there’s work to be done. You’ve got to hit the ground running.  You’ve got to focus on what’s going to be important, but I’m waiting to compile that until I’ve spoken to all the regions in Canada to know the priorities and topics. I can’t do It right now because I haven’t heard from everybody yet,” said Bellerose.

The virtual election for national chief will take place July 7.