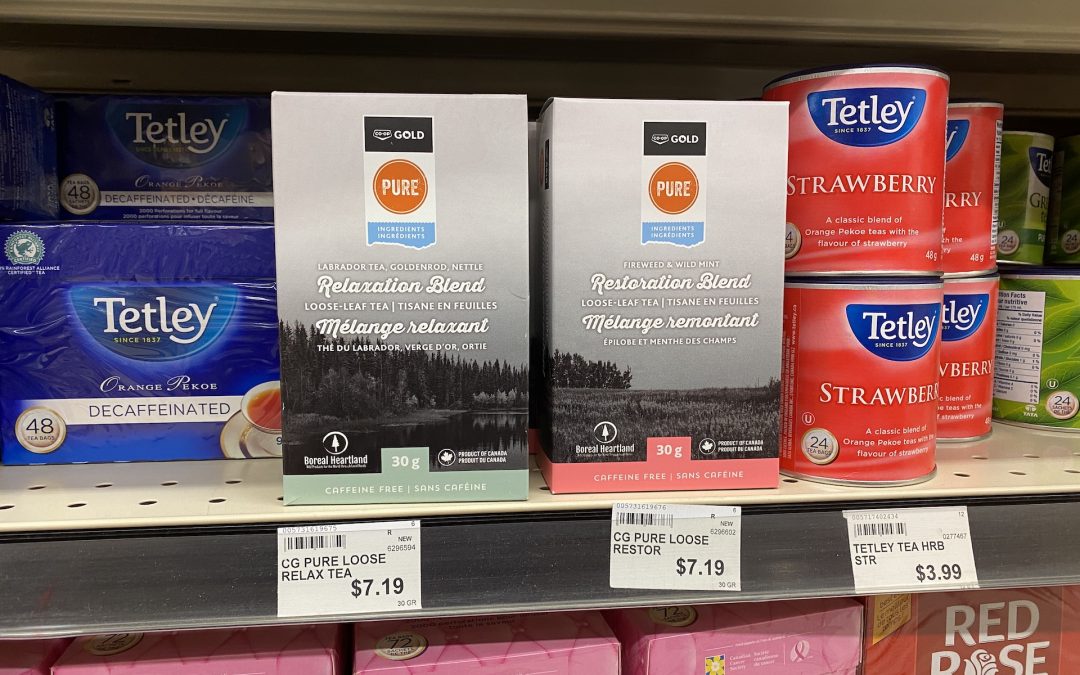 A tea blend made by La Ronge-based company Boreal Heartland is a finalist in the private label food category of the Retail Council of Canada’s Grand Prix New Products Awards.

The Restoration Blend loose-leaf tea is harvested and produced in northern Saskatchewan.

Randy Johns, Boreal Heartland’s general manager, said he thinks the tea was picked as a finalist because of its quality and the company’s story.

“The tea is great quality, so I think the tea on its own is a really good candidate,” he said. “But also, natural products are becoming more important in grocery stores. People want to know what’s in their food. I also think our company’s story about being from northern Saskatchewan and having Indigenous roots really intrigues people.”

He said this shows the potential of products produced in the north.

The Restoration Blend is made with wild fireweed and mint.

The reason behind the name, “Restoration Blend,” is the revitalizing effects of its ingredients.

In terms of the fireweed, Johns said it’s “high in vitamin C and it helps you if you’re feeling run done and will help restore your vigour.”

He said it also helps if you have an enlarged prostate.

The wild mint is good for digestion, according to Johns.

The tea is co-labeled with the CO-OP Gold Pure brand.

The Retail Council of Canada is sent product applications from companies to enter and Johns said CO-OP is who entered their product.

The winning products will be announced during a virtual gala on June 3.

(PHOTO: Boreal Heartland’s tea blends are sold in CO-OP grocery stores such as the one in La Ronge. Photo by Sam Campling.)