MLA’s agree that systemic racism exists, yet no public inquiry as asked by FSIN 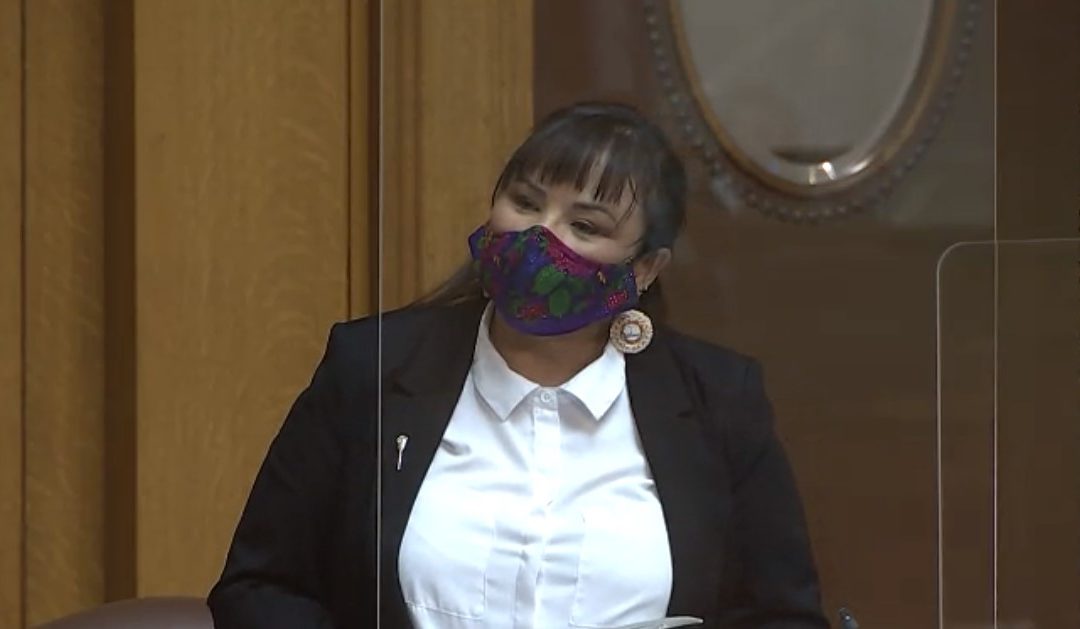 First Nations organizations and individuals are urging the province to do more to combat systemic racism in Saskatchewan.

Earlier this month the Federation of Sovereign Indigenous Nations wrote to Lieutenant Governor Russ Mirasty calling on him to conduct a public inquiry into systemic racism within the provincial government.

“We believe that it is important the government acknowledge that systemic racism exists and that we must look for solutions to ensure that First Nations can assert our inherent Treaty Rights safely and without harassment,” said FSIN Vice-Chief Heather Bear.

A spokesperson for Mr. Mirasty’s office explained that he did receive a letter from the FSIN, but forwarded to the provincial government as he does not comment on public policy issues.

On Friday, Members of the Legislative Assembly discussed systemic racism in the province, with the government acknowledging that its does exist.

“Systemic racism is real. It is here in Saskatchewan. We, the people of Saskatchewan, inherited this situation. We did not create it, and the only way to make real change is to work together,” explained Regina MLA Derek Meyers.

Myers spoke to the need for people to listen to others perspectives. “Listening, learning, and then using our actions to make a positive change for all,” Myers said.

Mr. Mirasty in partnership with the Provincial Capital Commission are consulting on the construction of a Truth and Reconciliation monument to be located at Government House.

This monument will allow families affected by residential schools trauma to quietly reflect on their experience.

This monument will achieve Call to Action #82 in the TRC Final Report.

The province has apologized to Sixties Scoop survivors for the practice of placing Indigenous children in non-Indigenous homes, and in some cases stripping the children of the traditional culture.

And the Ministry of Social Services has ended the birth alert practice against Indigenous new mothers.

“Systemic racism continues to result in differential treatment and discrimination against Indigenous peoples in Saskatchewan, while mainstream world views and interests continue to be the forefront. Some of the consequences of systemic racism is a lack of support for policies and practices that might improve inequitable status of Indigenous people in this province,” NDP MLA Betty Nippi-Albright said.

She pointed to the provincial consultation framework with First Nations as a document that does not address the duty to consult requirement, and that there is no legislative requirement in Saskatchewan that allows Indigenous leaders at the decision-making table.

Yet for many, there are glaring examples of systemic racism.

In the Gerald Stanley murder trial, the defense used exclusion tactics to prohibit First Nations people from serving on the jury.

Stanley was accused of shooting and killing Colten Boushie, a Cree man on his Biggar-area farm in 2016. Stanley was eventually acquitted by an all-white jury.

However, an independent report into the actions and conduct of RCMP in preserving evidence and communicating to Boushie’s mother Debbie Baptiste that her son died found that officers acted inappropriately.

The report concluded that officers were discriminatory towards Baptiste, by illegally searching her home and questioning her credibility and sobriety that night.

As well, officers did not preserve key evidence from the crime scene, allowing rain to degrade evidence.

Following the release of that report, the RCMP did acknowledge that racism does exist within the national police force and committed to changing the culture, by enhanced diversity training and bias testing at the recruitment stages.

Other Indigenous People would view systemic racism in that Premier Scott Moe refused to meet with First Nations protesters on the West Lawn of the Legislative grounds demanding more action on Indigenous child welfare or high northern suicide rates.

While it appears, there is consensus that systemic racism does exist in the province, there is no appetite for a public enquiry into the issue.