Will there be justice for Cindy Blazek? 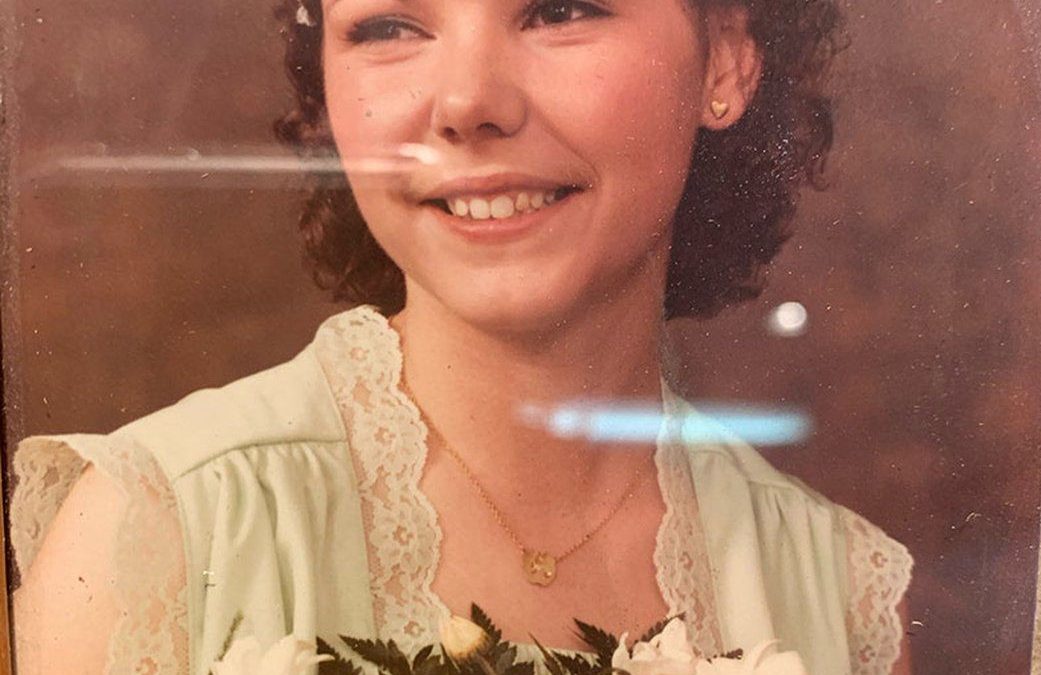 Saturday night, Dec. 6, 1986, started out as a leisurely evening for 24-year-old teacher Cindy Ann Blazek as she wrapped Christmas presents in her home.

The Grade 4 resource room teacher was living in a white house nestled in a cul-de-sac near Chief Taylor Elementary School on Onion Lake Cree Nation where she had been teaching since September. Her roommate, a fellow teacher, was away for the weekend in Prince Albert.

Her boyfriend David Greyeyes – a Pelican Narrows RCMP officer – phoned her at about 2:15 a.m. Sunday, Dec. 7, 1986, reported the Battlefords News-Optimist.

During the conversation, Cindy responded with only “yes or no” answers before she ended the call saying, “I love you.”

“He thought she was mad at him for waking her up but it was because they were there,” said Cindy’s older brother Jamie Blazek, referring to her killers, adding that the telephone cord in the bedroom was cut in half.

“I think they were holding a knife to her as they spoke,” said Jamie.

Before the sun would rise over the isolated community the next cold winter morning, Cindy would be dead.

Police believed she was attacked by at least two assailants. The RCMP charged Brian Oliver Perry, 22, and a 17-year-old youth from Lloydminster. During their trials the court heard that Cindy was stabbed 13 times, 11 of those were on her neck, reported the News-Optimist. A Saskatoon pathologist said Cindy’s cause of death was from one of the wounds to the neck that hit an artery, causing her to bleed to death.

Cindy grew up the youngest of four children to Jim and Jean Blazek on a mixed cattle and grain farm near Rosetown, Sask.

“She was the adored much younger sibling,” said her older sister Debbie McCulloch during an interview in March. “We loved playing with her more than we loved playing with our dolls. If there was any sibling rivalry, or bickering, it was between the three older siblings and Cindy always remained the cute, adored princess.”

In high school Cindy was an honour student and worked as a candy striper. She was also a cheerleader and enjoyed hanging out with friends. She attended summer camp and when she got older she became a leader at the Bible camp.

“She was extremely social and had an infectious smile that drew people to her wherever she went,” said Debbie.

While working on her bachelor of education degree at the University of Saskatchewan, Cindy worked summers at the Rosetown seniors’ home as a care aide.

“She liked helping the seniors and from what we were told she was very well liked there,” said Jamie.

Debbie said Cindy’s loving and caring nature was used to bring comfort and happiness to the sick and elderly.

“She loved her work there, and the bringing of joy into others’ lives brought happiness into her own.

“There were so many family members of the residents that would share with our family what a positive influence she played during her time there,” added Debbie.

“Cindy had the beautiful gift of seeing the heart and soul of a person regardless of the exterior,” said Debbie. “This was such an asset not only while working in long-term care but also when she began her teaching career.

“She connected with her students and their families and did whatever she could to not only provide education to the children but often supplied outdoor clothing like mitts and hats, various school supplies and most importantly a safe, loving environment at school,” said Debbie. “Cindy could see many of her students did not have the ideal family life that she had the privilege of growing up in and went the extra mile to make a difference.”

“Cindy continued her compassionate professional career teaching resource room at the elementary school,” said Debbie. “If Cindy ever heard any remotely racist or prejudice comments or actions from anyone, anywhere, she would express her views loudly. She was a huge advocate for fairness, equality and a proponent for a society where everyone was equally respected and appreciated regardless of ethnicity.”

When Cindy’s father was diagnosed with cancer, Cindy went home for more than a month until he passed in January 1985.

“She was such a support to Dad and Mom, and it was so wonderful to have her here with us every day.”

She was also a doting aunt to Debbie’s children while she attended university in Saskatoon.

“She would take Benson on outings by herself when he was a baby and toddler just to show him off and have fun with him,” said Debbie. “We lived in Saskatoon at that time so she saw us all the time and couldn’t get enough of spending time with Benson.”

Before Cindy’s mother Jean died in 1991, she wrote in their family history book, “She (Cindy) was small with dark hair and eyes, and a beautiful face. Being the youngest child, and because of her attractiveness and pleasing nature, she received much attention from family and friends. This could have turned Cindy into a spoiled and self-centered individual, but for her it worked in the opposite way. Just as people were drawn to her, she too, was drawn to others, and as the years passed, her magnetic qualities were re-enforced and more apparent.  While Cindy’s death is a tragedy of great magnitude, I believe her life on earth to have been happy and useful.”

Cindy’s legacy lives on at Onion Lake after her mother created the Cindy Blazek Memorial Award for the Most Improved Grade 4 Resource Room Student. She even went to Onion Lake herself with her son Jamie who presented the award the first year. One of the recipients was Priscilla Horse, who was murdered in 1997 on Onion Lake.

Now, almost 35 years later, Cindy’s killer(s) is still out there and her family wants justice for her.

In fact, the lack of progress in Cindy’s case prompted Jamie to investigate his younger sister’s murder himself, making countless trips to Onion Lake and talking to dozens of people.

“Although (the RCMP) would like to put more time into it, they are understaffed and they spend their time on more recent cases,” said Jamie during an interview in March.

“I have found a lot of new evidence that the police should definitely look into,” he said, adding that everything he dug up he provided to the RCMP.

“I’ve always believed whoever did this has a terrible hatred towards women,” said Jamie. “The torture and beating is not what you would do to silence someone so you can get away with rape. The attack was so brutal and done with so much hatred.

“To think that the murderer is still walking free is hard to take.”

In 1988 during Perry’s trial for Cindy’s murder, Judge Ross Wimmer at Battleford Court of Queen’s Bench said that in all of his 28 years in the practice of law he could not remember a more “mean, cruel, and vicious crime,” reported the Battleford Telegraph.

And during another 1988 trial at Lloydminster Provincial Court for a young offender charged with Cindy’s murder, Judge Lloyd Deshaye said it was a “cruel and monstrous murder,” reported the Telegraph.

RCMP bloodstain analyst Maurice Wolff testified in Battleford Court of Queen’s Bench in 1988 that he found bloodstains and patterns throughout most of the house. He said the attack started in the master bedroom, and the movement of the victim and murderer(s) travelled all the way through the hallway to the kitchen and into the living room, reported the Telegraph.

There were large blood smear marks all over the walls and across the floor. At one point the bloodstains indicated that Cindy bled so much her blood had soaked through the carpet underlay and onto the linoleum underneath.

Cindy fought hard for her life. Crime scene photos show that she had deep defensive knife wounds on all fingers of her right hand and two fingers on her left hand as she fought off her attacker(s).

A Saskatoon pathologist testified that he didn’t find evidence of sperm in Cindy’s body and she didn’t have smoke residue in her lungs, which indicated she died before the fire, reported the StarPhoenix.

After the fire at Cindy’s house Dec. 7, 1986, the front window is boarded up and the roof shows extensive damage. (Jamie Blazek photo)

Within days of the guilty verdict, the Saskatchewan Court of Appeal overturned Perry’s guilty conviction and a new trial was ordered after it was discovered that the jury saw information from the preliminary hearing by mistake.

Justice Noble said the Crown’s case, when viewed as a whole, didn’t meet the test of proving that Perry was guilty beyond a reasonable doubt.

Justice Noble said it was significant that a key witness was asked at a preliminary hearing how he identified the accused and he replied that he did from a photo-lineup shown to him by police, reported the StarPhoenix.

A young offender, who can’t be identified in accordance with the Youth Criminal Justice Act, was found not guilty of Cindy’s murder after a trial in Lloydminster, Sask., in February 1988.

Judge Lloyd Deshaye dismissed the first-degree murder charge against the youth saying the Crown’s case fell short of proving his involvement in the murder. Judge Deshaye said he found the youth to be a “bold and clever liar” when he took the stand in his own defence but without further evidence he couldn’t convict him, reported the StarPhoenix.

“At best, the youth’s testimony puts the accused at the scene of the crime,” said Judge Deshaye, adding that the Crown didn’t show he personally caused Cindy’s death, reported the StarPhoenix.

Ten days before Cindy was murdered she went home for her uncle’s funeral, said Debbie. Cindy had a lengthy discussion with her mother about his death and told her mom that she wants the song “Time” by Alan Parson’s Group sung at her own funeral.

All too soon those haunting lyrics would echo for Cindy.

“Goodbye my Friend, maybe for forever.

“Goodbye my Friend, the stars wait for me.

“Who knows where we shall meet again, if ever.

“This is still an active, ongoing investigation and it would not assist to release any details of the investigational status at this time.”

King said the police “are always interested to hear if anyone from the public has new information that would assist the investigation,” adding he hopes the story on Cindy will bring this incident back into the public’s attention.