‘A little flicker of light from a greater issue’: Battlefords leaders denounce racism 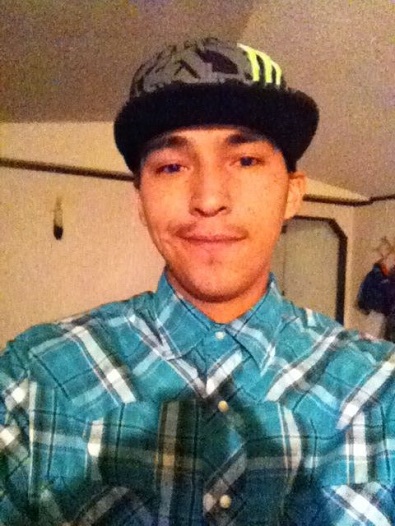 When Wayne Semaganis heard of posters advertising a link to a neo-Nazi website, he saw a deeper rot.

The Chief of Little Pine First Nation is one of many leaders in the Battlefords region calling for unity and decrying racism, a problem Semaganis has seen cut across generations and divide a country.

“It’s not just something that happened on a lamppost in North Battleford,” Semaganis said. “It’s just a little flicker of light from a greater issue.”

The posters appeared around the same time media began reporting on a civilian review that found RCMP discriminated against the mother of Colten Boushie, a 22-year-old from Red Pheasant First Nation who was killed by Gerard Stanley on his farm in northwestern Saskatchewan in 2016. A jury acquitted Stanley of second-degree murder.

The case inflamed racial tensions across the province and country, and Semaganis said he doesn’t think it’s a coincidence that the posters appeared at the same time. The report’s findings — including that an officer told Boushie’s mother, Debbie Baptiste, to “get it together” after she was informed her son was dead, and that one or more smelled her breath — are part of the same problem, he said.

“If you see those, you know this is not one flash incident that happened. This has always been here. But why should we keep having a life like that? When are we going to change it so we can have an equal society here, so we’re all neighbours and friends?”

Town of Battleford Mayor Ames Leslie noted it was “suspect” that the signs began appearing around the time of the reports’ release.

“It pains me that there would be people in the community that would maliciously do this for any reason,” he said. “But it’s hard to not recognize that it is connected.”

Racist signs or comments set back the work community members have done to build trust, he said. The comments “don’t make our society any better. They don’t make our community any stronger. All it does is divide us,” he added.

A joint statement from North Battleford’s mayor and council also denounced the “scourge” of racism in the community.

“We’ve been told not to engage. We’ve been told to ignore these things and they go away. And actually, that’s the worst possible thing to do,” she said.

Semaganis still has hope. When the Battlefords Regional Community Coalition, formed by mayors and chiefs from the region, issued a statement condemning the posters earlier this week, he said it was a chance for leaders to stand up for people who may have been hurt by the posters but could not express it.

He believes it’s time for a broader dialogue across the province about how racism affects Indigenous peoples, adding they need everyone — mayors, chiefs and the provincial government — at the table for it to work.

“We all need to come together to fix this. And it’s going to be a very difficult task, but that should not stop us from doing this,” Semaganis said.