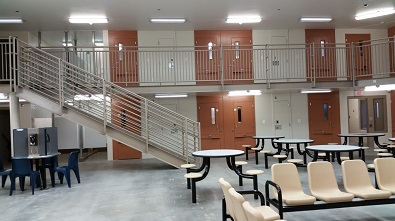 The Government of Saskatchewan has promised a review following the freezing death of a woman recently released from jail.

Kimberly Squirrel, who is from the Yellow Quill First Nation, was found frozen to death in Saskatoon Jan 23. Squirrel had recently been released from the Pine Grove Correctional Centre in Prince Albert.

Minister of Corrections and Policing Christine Tell said her ministry would conduct its own review, along with the Office of the Chief Coroner and Saskatoon Police.

The death of Squirrel has raised questions about the supports provided to those leaving provincial jails after having completed their sentences.

Estelle Hjertaas, a legal aid lawyer in P.A., who is currently on leave, said the province should provide assistance to help people get home when they are released after serving their sentences.

She added people who are released from federal custody get more support in order to return home.

“When you get released they’ll send you home, or to at least where you want to go,” she said.

Hjertaas explained in the past the province did provide more support to help people being released from custody get to their home communities by way of STC before the provincial bus service was discontinued.

“Everybody got a bus ticket home, or to the closest community,” she said.

Hjertaas added she is not aware of any of her clients getting support from the province to return to their home communities.

In an email response to MBC, the Ministry of Justice said in the 2019-2020 fiscal year they spent $25,000 to help offenders return home. The email explained the primary mode of transportation was taxis but said buses, city transit and flights were also used.

When broken down by location, $13,958 was spent to help inmates being released from Pine Grove in P.A. The Saskatoon Correctional Centre spent $6,189.28 while the Regina Correction Centre spent $4,017.55.

The Prince Albert Correctional Centre spent no money in the most recent fiscal year to help transport inmates back to their home communities, but the statement from the ministry added vehicles assigned to a correctional centre may also be used when all other avenues are exhausted.