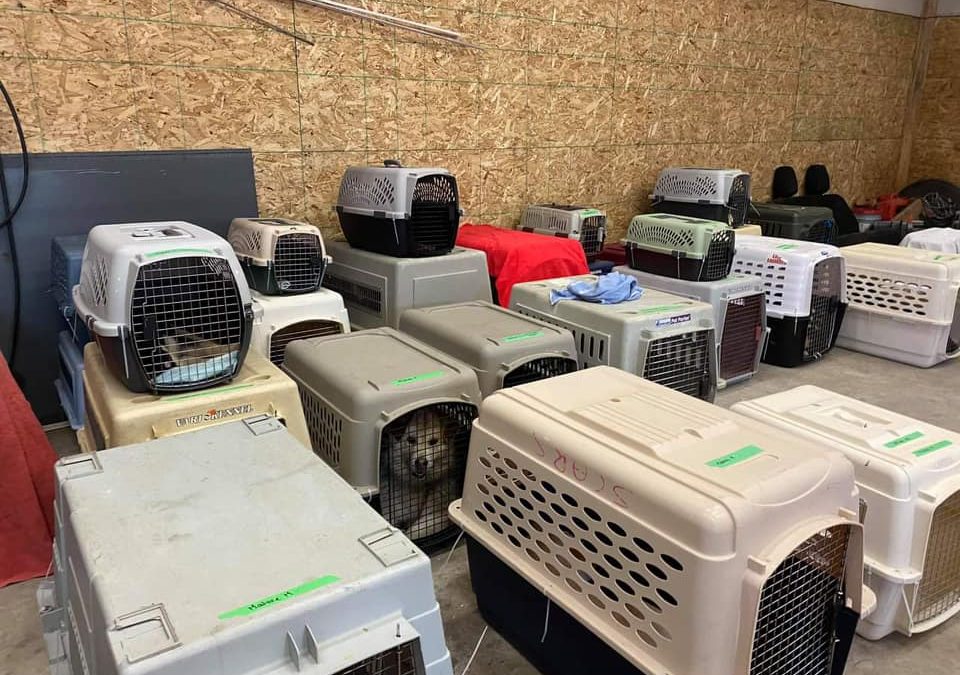 The Northern Village of La Loche is working to deal with a stray animal problem.

This past weekend community members along with Alberta based Saving Grace Animal Society gathered up over 80 stray dogs from around the community.

La Loche Mayor Georgina Jolibois said stray dogs are an issue for many northern communities including hers. She explained they want to see the animals looked after and to avoid having to destroy them.

“We, the leadership, we want to care about them and take care of them, but there are too many for the community to look after,” she said.

Jolibois said along with looking out for the dogs it is important to deal with the stray dog problem to protect people in the community. She added in her previous time as the northern village’s mayor they worked to deal with the problem in other ways.

“One of the strategies we had taken in the community was to partner up with vets from Regina and the University of Saskatchewan and they would come to La Loche to offer free clinics to spay and neuter pets in the community and stray dogs,” she said.

Before the work started to gather up stray animals this past weekend, Jolibois said volunteers from the village along with people from Clearwater River Dene Nation had been working for awhile to rescue animals.

The mayor added the village worked to make sure residents were made aware of what was going on by putting out messages on a number of channels including social media. She added the response from residents has been positive.

“Generally the community is pleased with the initiative,” she said.