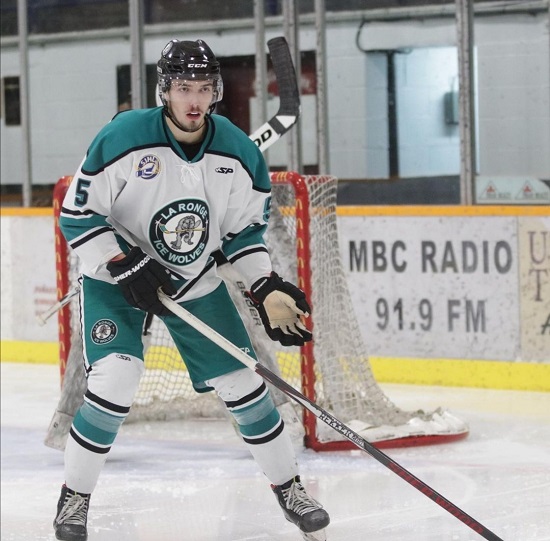 Garrett Hunter, a defenceman with the La Ronge Ice Wolves, has committed to Maryville University in St. Louis for the 2021-22 season.

The Nanoose Bay B.C. product recorded one point in three games with the Ice Wolves this season before the campaign was paused due to tighter COVID-19 measures that were introduced by the province.

“I’ve always been interested in athletic therapy, kinesiology and chiropractic – that route,” said Hunter. “They offer that and they have a really high-rated program there. It’s a new program, which has brand new facilities and it was just really the right fit for me.”

Hunter mostly played for the 100 Mile House Wranglers in the KIJHL during the 2019-20 season. The 2001-born defender also appeared in five games with the BCHL’s Merritt Centennials.

Meantime, Jaxon White of the Ice Wolves has also committed to play at Maryville University.