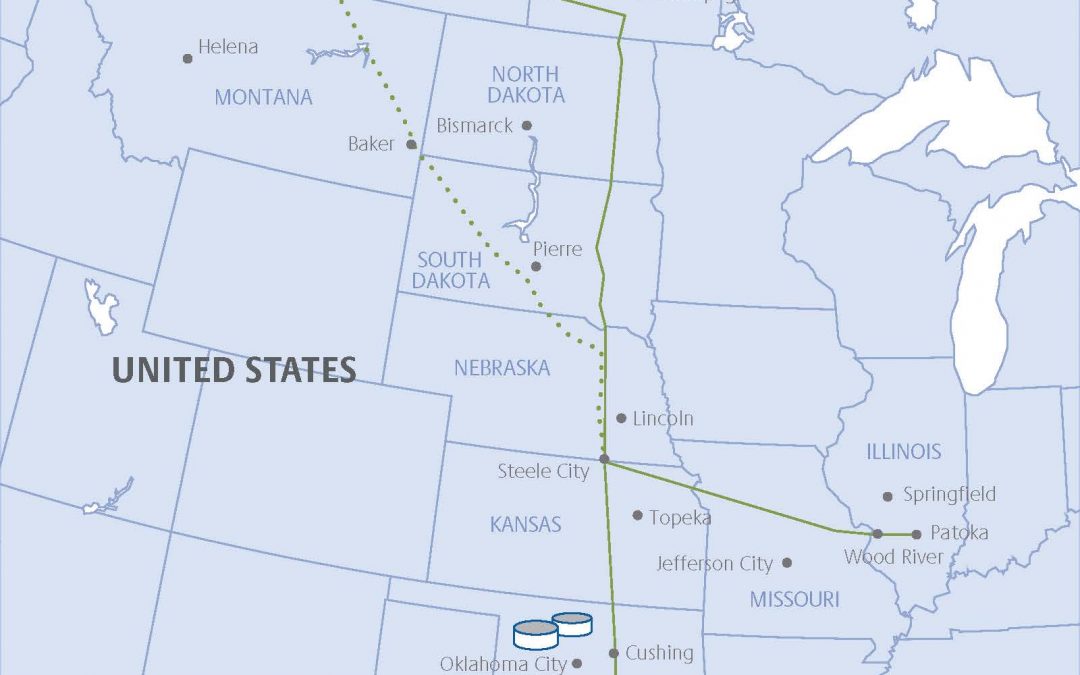 “If I ever got a chance to speak to the Biden administration, I would plead my case,” said Nekaneet First Nation Chief Alvin Francis, president of Natural Law Energy (NLE).

That “case” would be the value in continuing the United States’ portion of the 1,897-kilometre Keystone XL pipeline which travels from Hardisty, Alberta, through Saskatchewan, Montana and South Dakota, ending in Steele City, Nebraska.

NLE, a group of three Alberta and two Saskatchewan First Nations, has been working towards a $1 billion investment in the TC Energy-owned Keystone XL pipeline.

He says chairmen of the Nebraska tribes have told him that Biden wants to create jobs and this pipeline meets that goal.

First Nations involvement was recognized by Alberta Premier Jason Kenney in a scathing address late Wednesday afternoon that condemned the new U.S. administration for rescinding the permit and not respecting its closest ally and trading partner.

“Let me also point out that TC Energy has made tremendous progress in bringing on board First Nations on both sides of the border as potential equity partners,” said Kenney.

However, not all U.S. tribes support the pipeline. The Native Organizers Alliance applauded Biden for his decision.

“Farmers, tribal councils, ranchers, and Native non-profit organizations have been instrumental in raising awareness around the significant threats to the health and resources of Native peoples living in the path of the pipeline. And sovereign tribes have taken the issue to court to protect their territories and the Missouri River bioregion for all,” said NOA executive director Judith Le Blanc.

Kenney said that shutdown had cost 2,000 people their jobs.

Francis admits Biden’s actions were not unexpected. In fact, the too-close-to-call November U.S. election had dampened some of the activity undertaken by NLE.

Late last year, NLE hired consultants Price Waterhouse Canada to round up investors for the $1 billion investment. Investors were found but nothing was finalized.

“(Price Waterhouse has) done their job on that. But really it was, of course, the election. That’s what they were waiting for also,” said Francis.

“Say the project and partnership was at the point they were ready to paper the deal, we would not be in a position to offer a guarantee at this time, because there is a huge risk in respect to the way the American election may go. We don’t want to put Alberta taxpayer dollars at risk,” AIOC CEO Alicia Dubois told Windspeaker.com last October.

Trump’s approval of Keystone XL came after outgoing President Barack Obama nixed the project. Biden had promised to cancel the project should he win.

The Kenney government has invested $1.5 billion of taxpayer money in the Keystone XL pipeline.

The Biden administration is saying no to the project now, says Francis, but he is a “glass is half-full” person.

He believes Biden’s decision is political as the new president is “getting away from everything Trump has put his stamp on.”

“I’m not going to give up on it because, really, Keystone XL is going to be the safest, most environmentally-friendly pipeline that is. We just have to go back to the drawing table and really re-evaluate what have we got to do to make it even more environmentally friendly?” said Francis.

He believes that part of that discussion with the Biden administration has to include the science around the pipeline that makes it environmentally safe and the ongoing need for oil.

Francis is hopeful there is a future for Keystone because “it really is such a big project that it could mean, in every community that we have signed up, it’ll make an economic difference.”

“Whenever there is something, a project that is available, if they are going to approach us to see if we have interest and, of course, we’re going to show interest, because any economic development or project that we can actually put our hand on to make it more green, more environmentally friendly, we want to be there to back it up,” he said.

While Keystone XL pipeline is a set back for Nekaneet First Nation, it is not the only project driving the economics for that Treaty 4 Nation.

“I’m always involved with the province (of Saskatchewan). I’m always talking to them in every which way,” he said.

Francis said he has received band member approval to develop a section of land along a 1.5 km-stretch of the Trans-Canada Highway. He says investors are committed to a gas station in that area and there are talks about a possible Tim Hortons franchise. However, since COVID-19 hit, development has stalled.