PBCN chief talks getting vaccinated and vaccine roll out 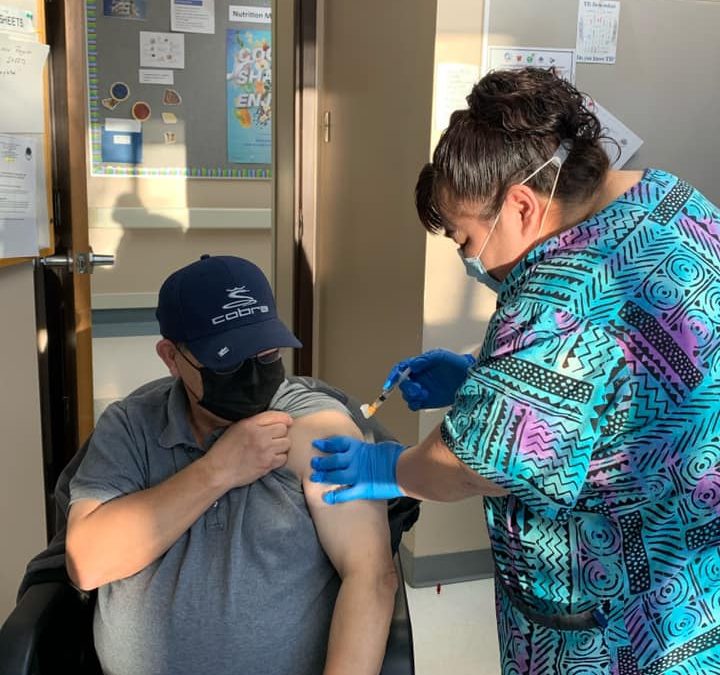 The Chief of the Peter Ballantyne Cree Nation (PBCN) is hoping to set a positive example for his membership.

Chief Peter Beatty recently received the first dose of the Moderna COVID-19 vaccine. Beatty explained he got the immunization when he was at one of the sites where health care workers were vaccinating elders. The first nation was also working to inoculate front line health care workers.

The Chief’s original plan was to just take a picture with some elders getting their vaccines.

“They said since you’re here you should get yours too,” he said.

Beatty said he felt it was important that people in leadership positions get the vaccine to show the public it is safe. He added he has not noticed any major side effects since receiving his dose last Friday.

“First day after I was little bit sore, but not much,” he said.

Beatty said he had done some reading about the vaccine and was reassured about it being safe after learning more about the trials and how it performed. He explained while most people in PBCN’s communities are receptive to getting inoculated he added there is some false information making the rounds which could make some people hesitant about getting inoculated.

“I’ve been hearing about it, I don’t know that there’s a lot of it, they do get a lot of misinformation online that might be contributing to that kind of hesitancy,” he said.

PBCN is made up of seven different communities and has a membership of over 11,000 people. Beatty said the first nation already has much of the infrastructure in place to deliver and distribute vaccines when the province supplies them.

Beatty said he was thankful for the work done by Lac La Ronge Indian Band Chief Tammy Cook-Searson when she and other leaders from the tri communities sent a letter the province expressing concerns about the far northeast being left of the original vaccine roll out. Beatty added he also reached out to the province not long after.

PBCN currently does not have anymore of the vaccine remaining. Beatty said they are hoping to get more in later this week. The chief said he will be waiting until Feb. 5 to get his second shot of the vaccine.

“So I am looking forward to that one, then after that I am done,” he said.