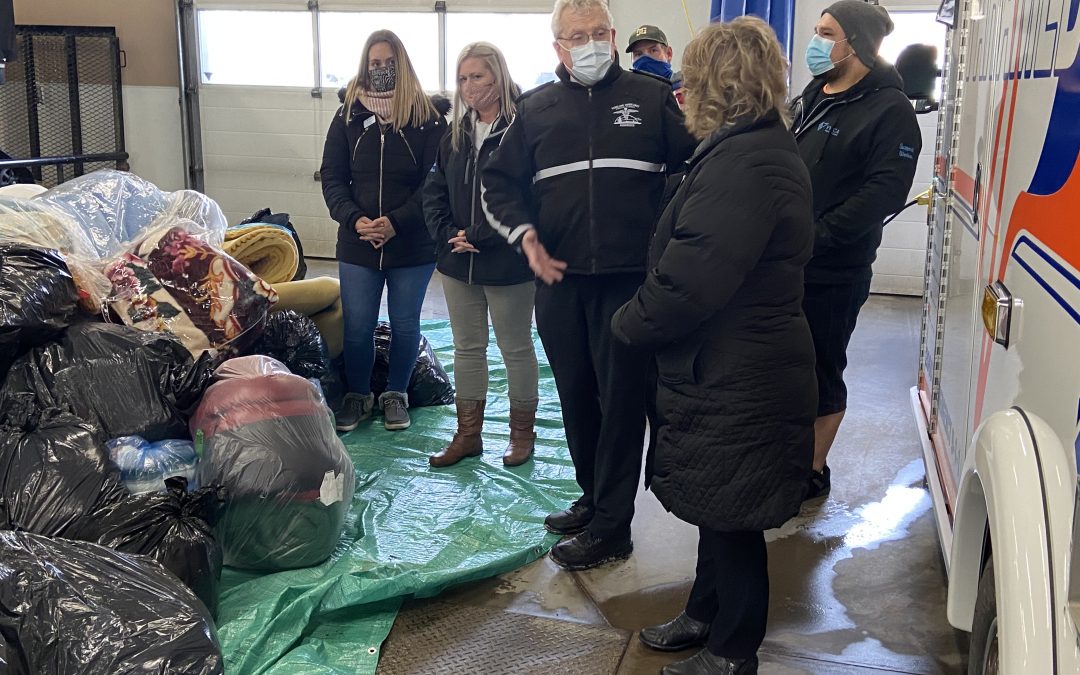 The Prince Albert YWCA is getting some support from the community.

Wednesday afternoon at Parkland Ambulance the YWCA received a large donation of clothes, blankets and other items. The items were collected as part of the annual Wrapped Up for the Holidays campaign.

Lyle Karasiuk, director of public affairs for Parkland Ambulance said they were happy with how this year’s campaign went despite the situation created by COVID-19.

The initiative is a joint effort involving Parkland Ambulance, CTV and the Gateway Mall. The donations were collected at the mall and Parkland’s offices.

Karasiuk said they are happy to be a part of the effort as it is something that helps a good community group.

“Anything that we can do to support any of our local community groups we’re happy to do so,” he said.

Tonya Kleinert, supervisor at Stepping Stones Shelter said the donations received from the initiative are appreciated. She explained the donations would be spread out across a number of different programs that will distribute them to people as needed.

“It’s really wonderful that our community’s willing to give back,” she said.

Kleinert said the community has been stepping up for much of the year and making donations to help the YWCA. She added they can always use donations like mitts toques, gloves and boots.

Currently the YWCA can house 20 people in their shelter for the night, but Kleinert said they still sometimes have to turn people away. She said when they get clothing donations, like the one Wednesday, they can at least give people something to take with them when they refer them to another agency.

“It’s nice to be able to give them a blanket to take with them, things like that and send them up to mobile crisis or where ever we can,” she said.