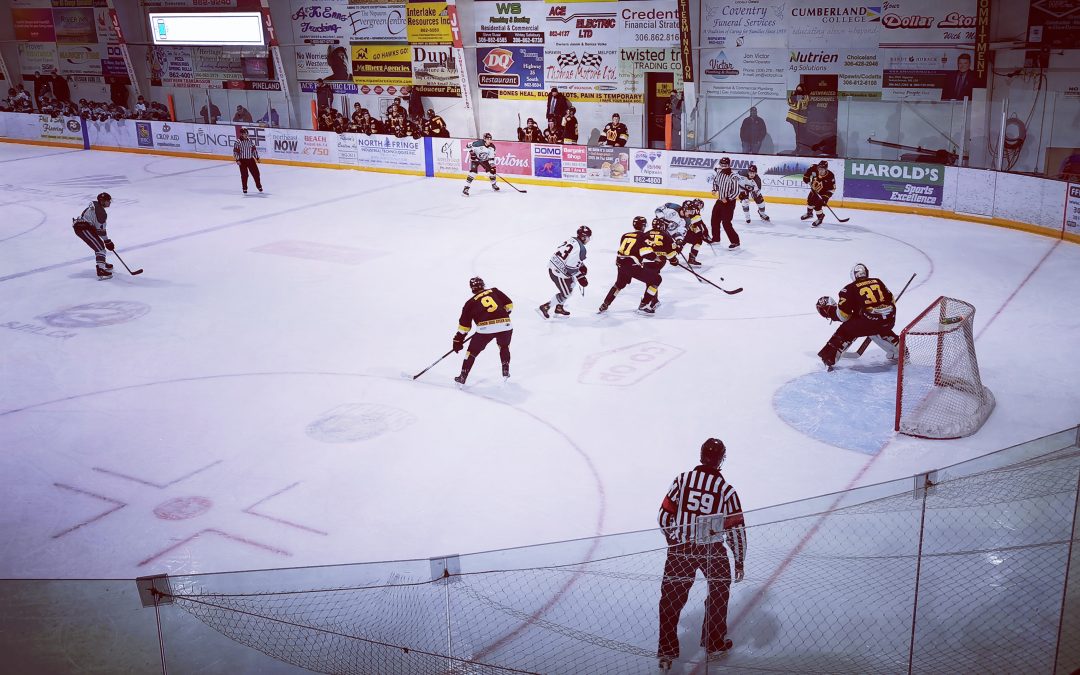 The La Ronge Ice Wolves recorded their third straight win on Tuesday night in Nipawin when they doubled up the Hawks 6-3.

“It was kind of a momentum-shifting game, I thought we came out strong and then they kind of took over the second half of the first period,” said Ice Wolves Head Coach and GM Kevin Kaminski. “Second period — they came out flying, we went flat, soft, they won all the battles. I tell you what, I think Beau Larson was our player of the game.”

The Ice Wolves opened the scoring 4:27 into the contest when Holden Knights beat Ross Hawryluk upstairs on a partial breakaway for his fourth of the season. The Hawks tied the game at one 14:02 into the first on the power play following Jaxon Wiebe’s second of the season. Nipawin took a 2-1 advantage with 1:16 left in the stanza on the power play when Jeremy Rainville tapped in his second of the campaign at the side of the net.

Spencer Kennedy scored his fourth of the season 9:50 into the second from the right side, which tied things up at two. Under two minutes later, Beau Larson was left all alone in front of the net and he recorded his second of the season and gave the Ice Wolves a 3-2 lead heading into the third.

The Hawks ran into penalty trouble and the Ice Wolves made them pay in the third stanza. Nolan Allan tallied upstairs on the man advantage 8:46 into the period, which put La Ronge ahead 4-2. The Ice Wolves took a 5-2 edge at the 11:12 mark of the frame when Beau Larson netted his second of the evening on the power play.

Spencer Kennedy added the final dagger with an empty-netter with 4:14 left on the clock. Kennedy is now tied for the league lead in goals with five. Nipawin’s Michael Makarenko would add a late marker, but the damage was already done.

The Ice Wolves had revenge on their mind Tuesday after losing to Nipawin 7-3 at home to start the season.

“It’s a good feeling, for sure,” said La Ronge goalie Xavier Cannon. “We worked on what we had to work on and we came in here, and we did what we had to do.”

Cannon made 30 saves for his third straight win in the La Ronge net, while Nipawin’s Ross Hawryluk turned away 32 shots in a losing cause.

With the victory, the Ice Wolves improved to 3-1 on the season and they are currently tied for first through the early stages of the 2020-21 SJHL season.

La Ronge will look for its fourth straight win on Friday night at home when they welcome the Melfort Mustangs to town for a 7:30 p.m. puck drop. You can catch the action live on MBC Radio with Braden Malsbury. The pre-game show gets underway at 7:20 p.m.

Following Friday’s game, the Ice Wolves will close out their weekend Saturday on the road in Melfort versus the Mustangs.

(PHOTO: The Ice Wolves made their first trip of the season to Nipawin Tuesday. Photo courtesy of Braden Malsbury.)