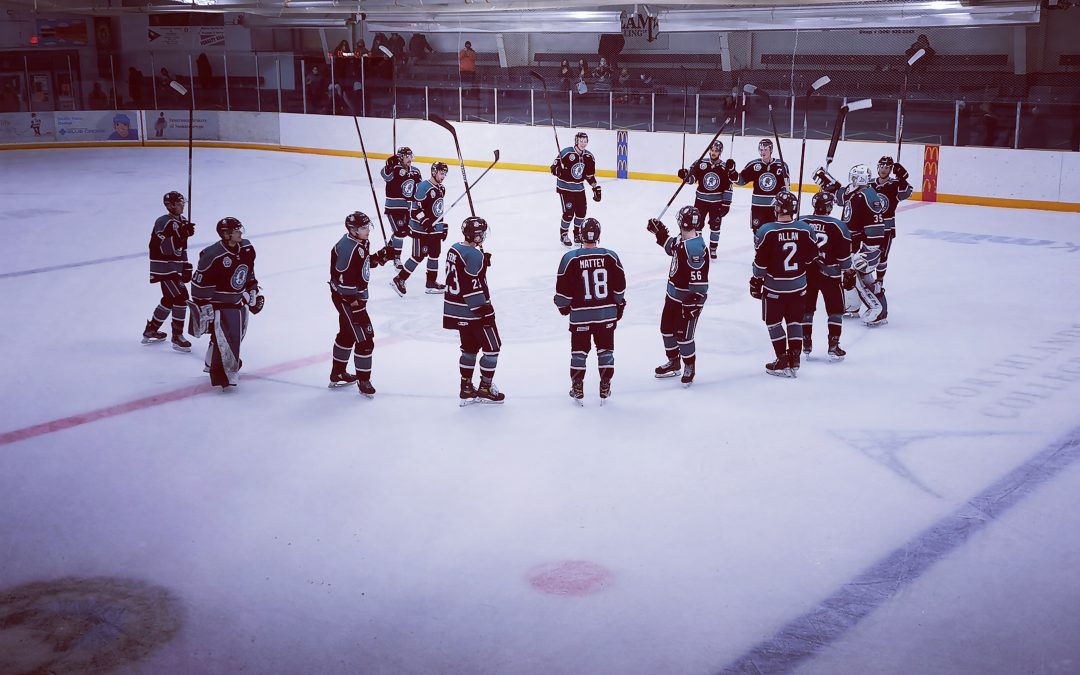 The La Ronge Ice Wolves picked up their fourth straight win Friday at the Mel Hegland Uniplex when they tamed the Melfort Mustangs 3-1.

It was not a great start by the Ice Wolves, but Xavier Cannon held the fort down through the early stages. Cannon finished his evening with 32 saves in his fourth straight start.

“Cannon was lights out for us again and that’s four games in a row now he’s been our star, so it’s great to see, he’s got a lot of potential,” said Ice Wolves Associate Coach Galean Patterson.

The Ice Wolves opened the scoring 9:06 into the first when Tristan Lambert walked down the right wing side and wired a shot upstairs past Steven Bacovsky for his first SJHL marker. Melfort replied 10:54 into the game shorthanded when Ty Albrecht beat Cannon after a burst of speed down the right side.

A scary sequence in the game caused a long delay. With 4:20 left in the second period, La Ronge forward Carter Albrecht was eventually taken off the ice by a stretcher. The teams were sent to their dressing rooms while Albrecht was receiving medical assistance.

“It wasn’t a great start for us really. Melfort controlled the play, they dictated, they pressured the puck harder than we did, they outworked us,” said Patterson. “It took until unfortunately the injury there with Albrecht — I hope he’s OK — it took until then, we had a little time, we had an intermission — came out and we took over that 24 minutes.”

After a flood, the second period resumed. Brandon Della Paolera scored the eventual game-winner 18:05 into the second when he beat former Ice Wolf Steven Bacovsky on the ice for his second of the season.

The Ice Wolves took a 3-1 advantage 9:12 into the third when Mathieu Belanger sent a rocket in the slot upstairs past Bacovsky for his second of the campaign. Bacovsky made 25 saves in the loss.

With the win, the Ice Wolves improved to 4-1 on the campaign, which has them sitting tied for first with the Nipawin Hawks.

La Ronge will look for its fifth consecutive victory on Saturday in Melfort in the conclusion of the home-and-home series with the Mustangs. You can catch Saturday’s tilt on MBC Radio with Braden Malsbury with the pre-game show starting at 7:20 p.m.