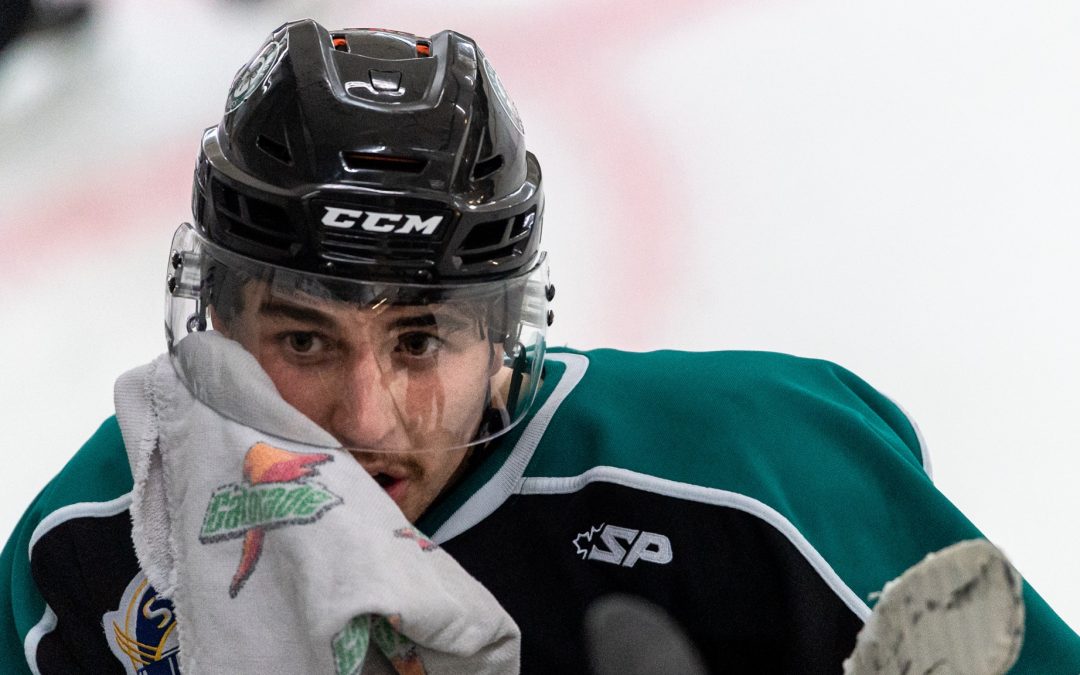 The La Ronge Ice Wolves started the 2020-21 SJHL season with a disappointing 7-3 loss on Friday night at the Mel Hegland Uniplex versus the Nipawin Hawks.

“Two games in a row now that we’re not ready to go, so that’s got to change for starters,” said Ice Wolves Head Coach and GM Kevin Kaminski.

“Again, undisciplined penalties, four power play goals, the one wasn’t, but there was like one second left when they got out of the box and they scored, but five power play goals tonight. There was some good things I think we should build off, I think five-on-five hockey, I thought we played very, very well. Their goalie played exceptional tonight too, we outshot them, we had some great opportunities.”

Burke Simpson would add another goal for the Hawks, while Brody Wilson and Carter Stebbings rounded out the offence. Ross Hawryluk was great in the Nipawin net and he picked up where he left off last season with the Hawks.

Holden Knights, Nolan Allan and Kaiden Collumb replied for the Ice Wolves. All of La Ronge’s goals came on the power play.

Kaminski indicated after the game that there will be lineup changes coming when the Ice Wolves conclude their weekend Saturday night in Nipawin.

You can catch Saturday’s contest from Nipawin on MBC Network Radio with Braden Malsbury. The pre-game show gets underway at 7:20 p.m.

Following this weekend, Ice Wolves will get set for a two-game series in La Ronge with the Battlefords North Stars that begins Nov. 13.