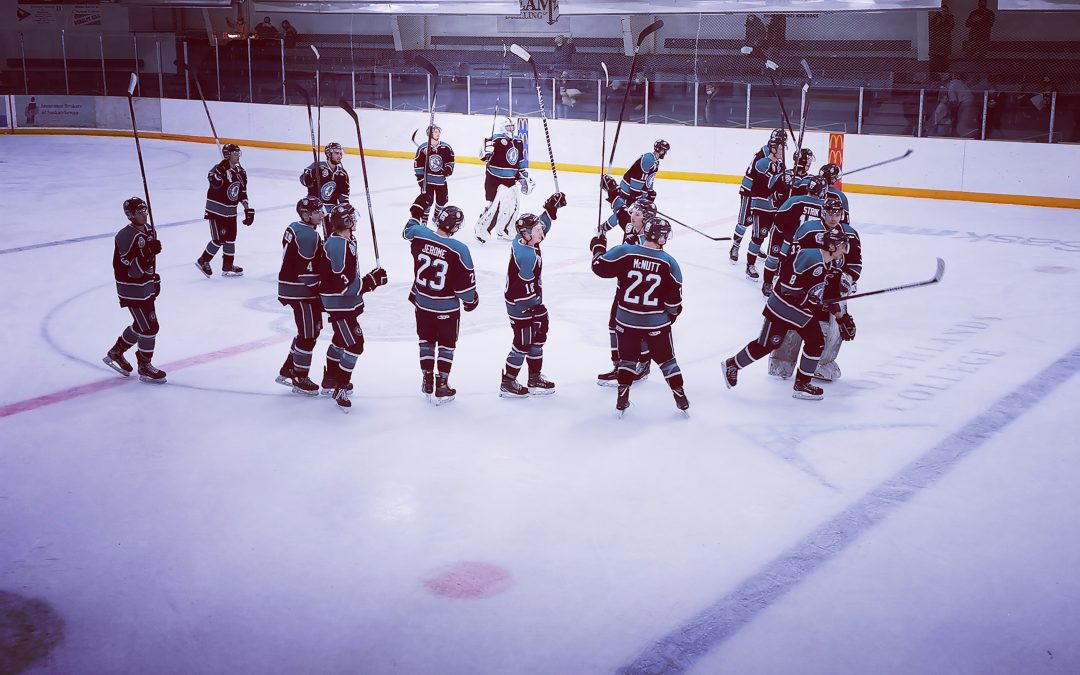 The La Ronge Ice Wolves picked up their first win of the 2020-21 campaign on Friday at home when they beat the Battlefords North Stars 5-3 at the Mel Hegland Uniplex.

“I thought we played with a little more urgency and desperation,” said Ice Wolves Head Coach and GM Kevin Kaminski. “I thought we came out of the gates hard and we got after them. We scored the very first shift and probably could have had a few more, but their goalie played very, very well to keep them in it.”

La Ronge wasted no time getting on the board as Spencer Kennedy scored from a precarious angle to give the Ice Wolves a 1-0 lead just 18 seconds into the game. Connor Gabruch made it a 1–1 game 14:32 into the first when he was left all alone and beat Xavier Cannon, who made 29 saves in the win.

Jaxon Steele tallied only 11 seconds into the second and the North Stars took a 2-1 advantage. La Ronge tied the game at two 8:13 into the second after a Mathieu Belanger breakaway marker when he tucked it past Kristian Lyon, who stopped 36 shots in the loss. The Ice Wolves went up 3-2 when Brandon Della Paolera netted his first in the SJHL 10:24 into the stanza.

“He (Strik) set it up before the faceoff, he said I’m going to push it through, go backdoor,” said Della Paolera. “All I had to do was tap it in, it was a really nice play.”

Holden Knights wired home his second of the season 16:59 into the second from the right side as La Ronge added some insurance with a 4-2 advantage. Jake Southgate would tally with exactly one minute remaining in the frame to cut the lead to one.

Nolan Doell would find the back of the net 10:19 into the third as the Ice Wolves hung on for a 5-3 victory.

“We took that week of practice, we knew we needed to be better and we all looked ourselves in the mirror, and we came out, and we showed the real Ice Wolves hockey and what we’re going to be like this year,” said La Ronge forward Spencer Kennedy.

With the win, the Ice Wolves improved to 1-1 and the North Stars slipped to 0-2 on the young campaign.

La Ronge will close out its weekend Saturday when they welcome host the Battlefords North Stars in the conclusion of the two-game series. You can catch the action Saturday on MBC Radio with Braden Malsbury, the pre-game show kicks off at 7:20 p.m.

Following Saturday’s matchup with the North Stars, the Ice Wolves will travel to Nipawin on Tuesday for another date with the Hawks.