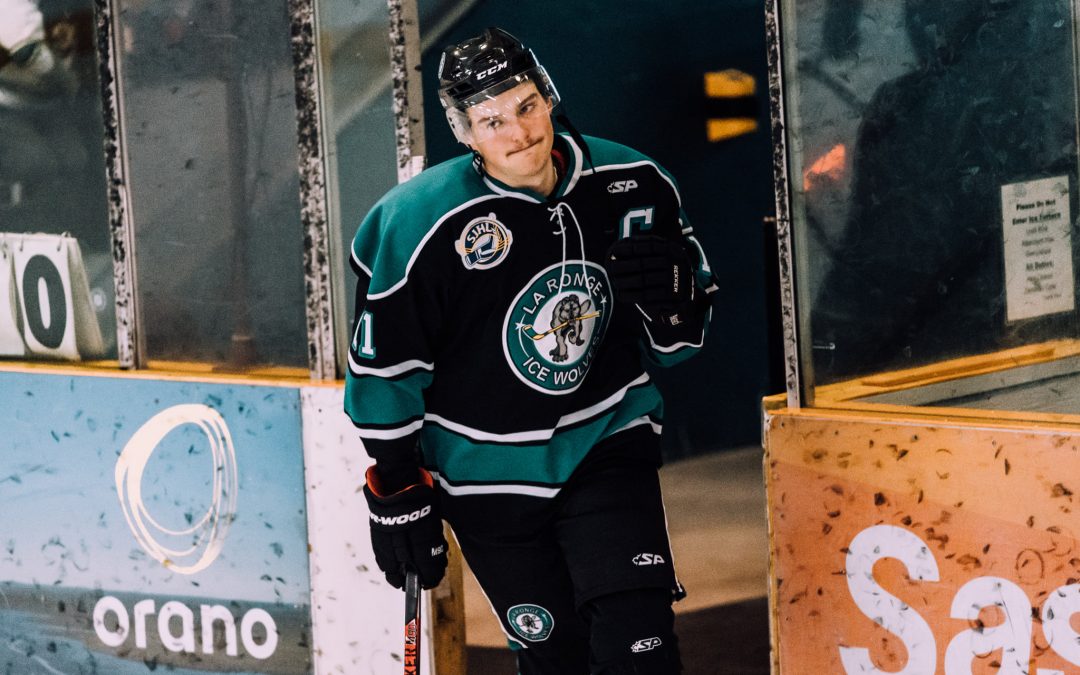 The La Ronge Ice Wolves have announced their leadership group for the 2020-21 campaign.

Chad McIlwain, a 20-year-old forward from Calgary, has been named captain.

“It’s just one of those things where it doesn’t really matter who it is, everyone out there is leaders and obviously our older guys have done a good job at showing the younger guys this year,” said McIlwain.

“Obviously, it’s a huge kind of thing, obviously from Killer (Kevin Kaminski) and Patty (Gaelan Patterson), and it was the group of boys that kind of decided that, so it feels pretty good and just kind of ready to lead by example, and obviously the other boys too.”

“We expect them to do a good job of leading both on and off the ice, and build off the culture we had here last year, and make things even better,” said Ice Wolves Head Coach and GM Kevin Kaminski.

Meantime, the Ice Wolves are back in action Friday when they start a two-game weekend series with the Battlefords North Stars at the Mel Hegland Uniplex.

The Ice Wolves will be looking to bounce back after a 7-3 loss last Friday at home in their season opener versus the Nipawin Hawks. The North Stars dropped their opener last weekend against the Kindersley Klippers 5-2.

You can catch Friday’s matchup on MBC Radio with Braden Malsbury. The pre-game show will get underway at 7:20 p.m.

La Ronge closes out its weekend Saturday at home in the conclusion of the weekend series with the Battlefords North Stars.