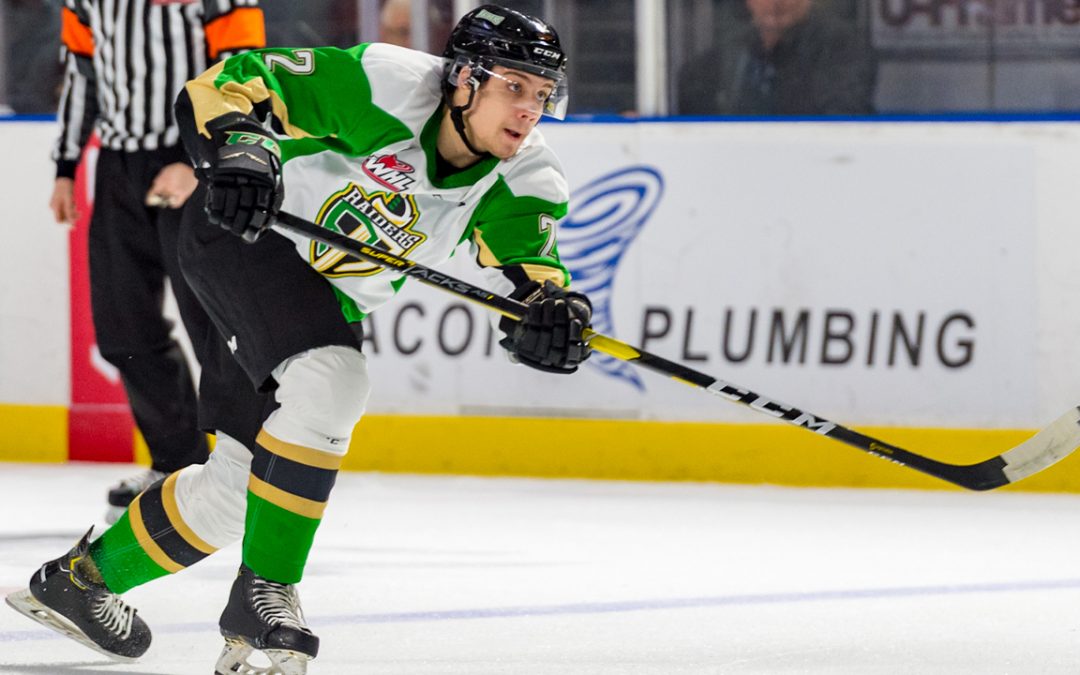 The La Ronge Ice Wolves have added 17-year-old defenceman Nolan Allan to their roster ahead of the 2020-21 SJHL season.

The Davidson, SK product had eight points in 58 games last season with the WHL’s Prince Albert Raiders. The Raiders have loaned Allan to the Ice Wolves as the WHL season is not set to begin until Jan. 8.

“This is an opportunity for WHL roster players to continue their development by playing hockey at a competitive level,” stated WHL Commissioner Ron Robison in a news release. “We felt it was very important to accommodate the requests of WHL roster players to play competitive hockey on a temporary basis in anticipation of WHL training camps beginning after Christmas.”

Allan is on NHL Central Scouting’s preliminary players to watch list for the 2021 NHL Draft. He was awarded a “B” rating, which suggests he could be taken in the second or third round.

“I think he’s (Nolan Allan) going to give us a little bit of everything,” said Ice Wolves Head Coach and GM Kevin Kaminski. “From what I hear, obviously, he’s going to be draft pick. I hear he’s a great kid, a great leader, good work ethic, good with the puck.”

Allan was invited to Hockey Canada’s National Men’s Summer Under-18 camp for the 2020 Hlinka Gretzky Cup, but the tournament was axed due to the pandemic. Allan also appeared in five games for Canada Red at the 2019 World Under-17 Hockey Challenge.

He was selected third overall in the 2018 WHL Bantam Draft by the Prince Albert Raiders. Allan is expected to join the Ice Wolves this week.

Meantime, the Ice Wolves will open the regular season on Friday night at home versus the Nipawin Hawks. You can catch the action on MBC Network Radio with Braden Malsbury. The pre-game show is slated to get underway at 7:20 p.m.

The SJHL announced late Sunday night that the season will officially kick off Friday night. The league says for now, attendance will be capped at 150 fans per game.