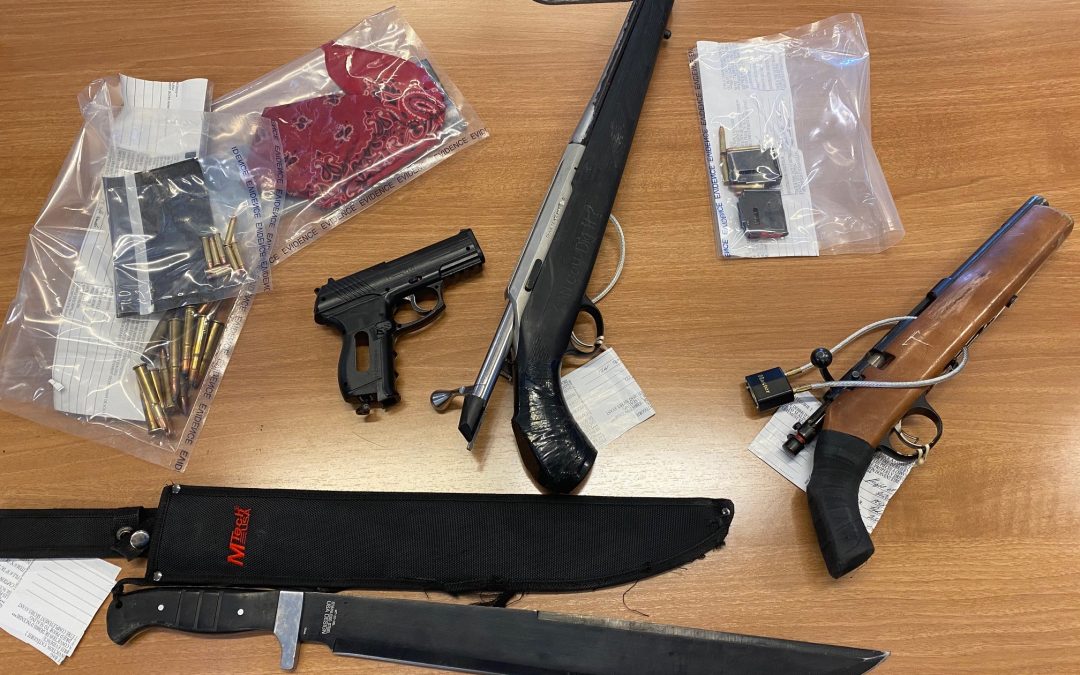 Five people are facing charges after various RCMP detachments tracked a stolen vehicle for over 100 kilometres.

It all began last Friday when Maidstone RCMP got a call about a grey Honda being stolen from a business in Lashburn by three males dressed in red. The car was next seen heading west on Highway 16 and was being followed by a small red ford car.

The RCMP’s roving traffic (RTU), who were in the area were alerted and eventually found the grey Honda and tried to stop it. The car then fled at a high rate of speed. The RCMP then activated the Saskatchewan Protection and Response Team and alerted other detachments along with the Saskatchewan Highway Patrol.

Eventually Turtleford RCMP, after being in contact with Maidstone RCMP were able to put out a tire deflating device to stop the vehicle. Officers from both Turtleford and Maidstone then took five people into custody, three males and two females. They are facing a range of charges including,

According to RCMP all five are associated with the West Side Outlaws street gang.

RCMP are continuing to investigate after finding a small red car matching the description of the one seen following the grey Honda on fire near Lashburn.