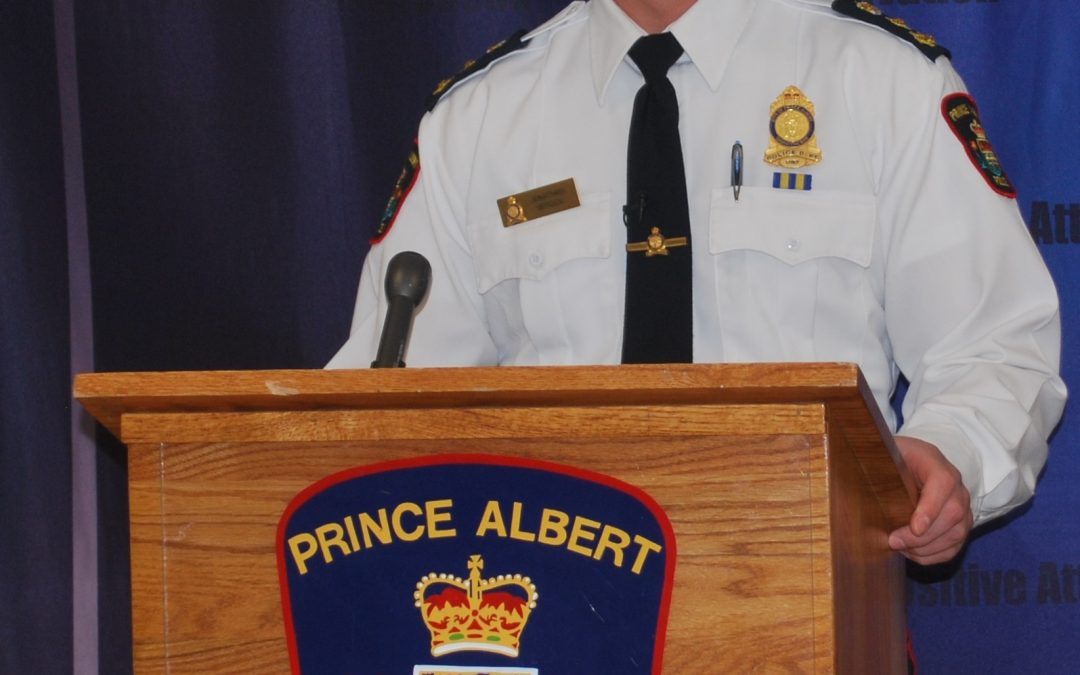 Newly released government statistics show Prince Albert ranked third in Canada in terms of violent crime for municipalities over 10,000 in 2019.

The statistics are put out by the Canadian Centre for Justice Statistics and are a measure of something called the crime severity index.

Prince Albert Police Service Chief Jon Bergen said the newly released numbers show a disturbing trend in the city over the past decade.

“Looking at our rankings since 2009, we can see that Prince Albert has consistently been in the top five in violent crime almost every year,” he said. “Often in the top two or three.”

Prince Albert Police Commission Board Chair Sheryl Kimbley said the statistics are a reflection of issues such as poverty, drug addiction and mental health which many in the city continue to struggle with.

“We could have 100 cops on the street and if we don’t start looking at the root causes of all the crime – the things that are happening – the homelessness and the drugs and the gangs and the alcohol,” she said. “How did they get there? If we don’t start dealing with that, it’s not going to go away.”

There were six homicides in Prince Albert in 2019 and 55 across Saskatchewan.

The statistics show violent crime continues to increase across the country and in particular in Western Canada.

However, the numbers indicate crime in general is on the decline in Prince Albert over the past decade.

The city’s overall crime ranking for Canadian municipalities with populations over 10,000 people remains unchanged from 2018 at sixth.

Prince Albert police say they continue to work with organizations such as Str8UP, the Prince Albert Grand Council, the local Indian and Métis Friendship Centre, the YWCA, the Saskatchewan Health Authority and city to engage in solutions to address poverty, addictions and mental health issues.

The force is also relying on the Police and Crisis Team as part of an effort to reduce more serious crimes.

The crime statistics are based on recognizing Prince Albert with a city population of 37,000.

However, the police service says it responds to a yearly number of calls that would be typically seen in a municipality three times this size.

The Canadian Centre for Justice Statistics is a division of Statistics Canada.