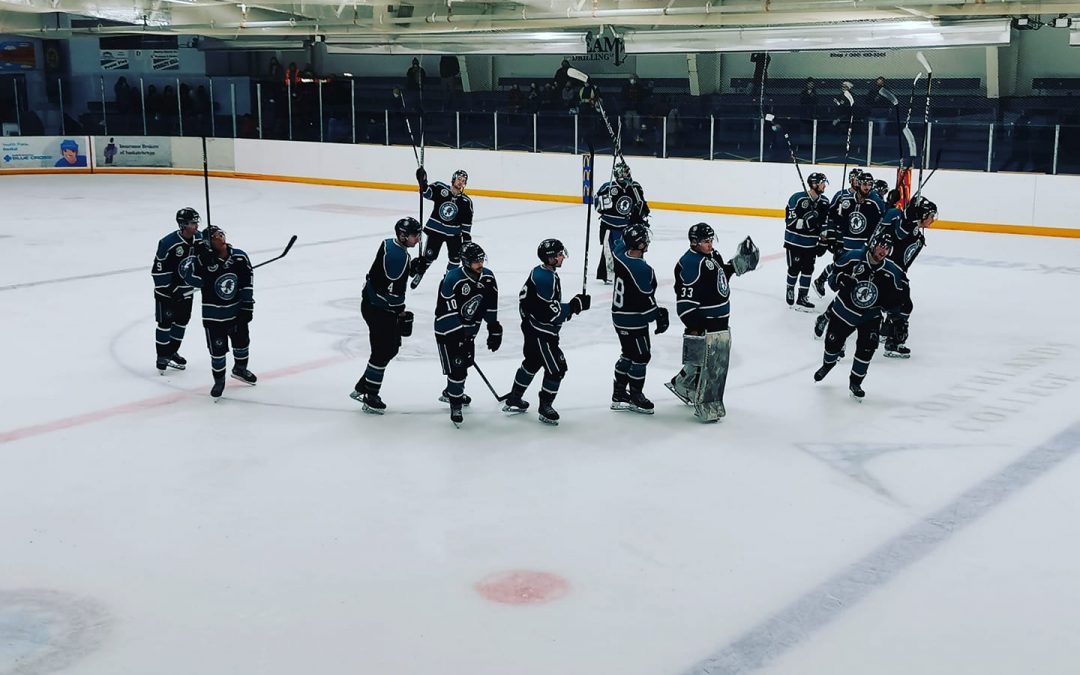 It was a game that featured just about everything and when the dust settled, the La Ronge Ice Wolves skated away with a 6-2 win on Wednesday night at home over the Flin Flon Bombers in SJHL pre-season action.

“Our penalty kill is doing a helluva job, but again, we gave up three goals in the first game against Flin Flon right? So that was the difference, their power play won it, three power play goals — 3-2 in overtime,” said Ice Wolves Head Coach and GM Kevin Kaminski. “I liked the effort, I liked that the guys are buying into the systems and playing Ice Wolves hockey — greasy, gritty, relentless and tenacious.”

Aaron Greyeyes opened the scoring 10:23 into the first on the power play when he sent a heater upstairs past Cal Schell, who was yanked from the game after 40 minutes.

Flin Flon tied the game at one 3:03 into the second when Easton Haygarth tallied on a breakaway shorthanded. After the Flin Flon marker in the second, Tristan Lambert, Gavin Mattey and Kaiden Collumb scored for La Ronge and the Ice Wolves took a 4-1 lead into the third.

The second period was rough and tumble to say the least. La Ronge’s Walker Jerome and Flin Flon’s Easton Haygarth dropped the mitts with 58 seconds remaining in the stanza. With 33 seconds left in the middle frame, 17-year-old Adam McNutt of the Ice Wolves squared off with 19-year-old Matt Raymond of the Bombers. Raymond appeared to have the early edge in the tilt, but McNutt held his own and surprised Raymond with an uppercut towards the end of the scrap.

William Smith and Spencer Kennedy both found the back of the net in the third for the Ice Wolves, who connected several times on the man advantage Wednesday.

“I think we were moving the puck around really well and taking advantage of our opportunities, spreading them out,” said La Ronge defenceman Tristan Lambert. “Overall, pretty good power play.”

Liam McGarva got the start of the Ice Wolves and he was brilliant, making 54 saves for the victory.

With the win, the Ice Wolves improved to 2-0-1 in pre-season action.

La Ronge concludes its pre-season schedule on Saturday night in Flin Flon when they square off with the Bombers for the fourth time in two weeks.