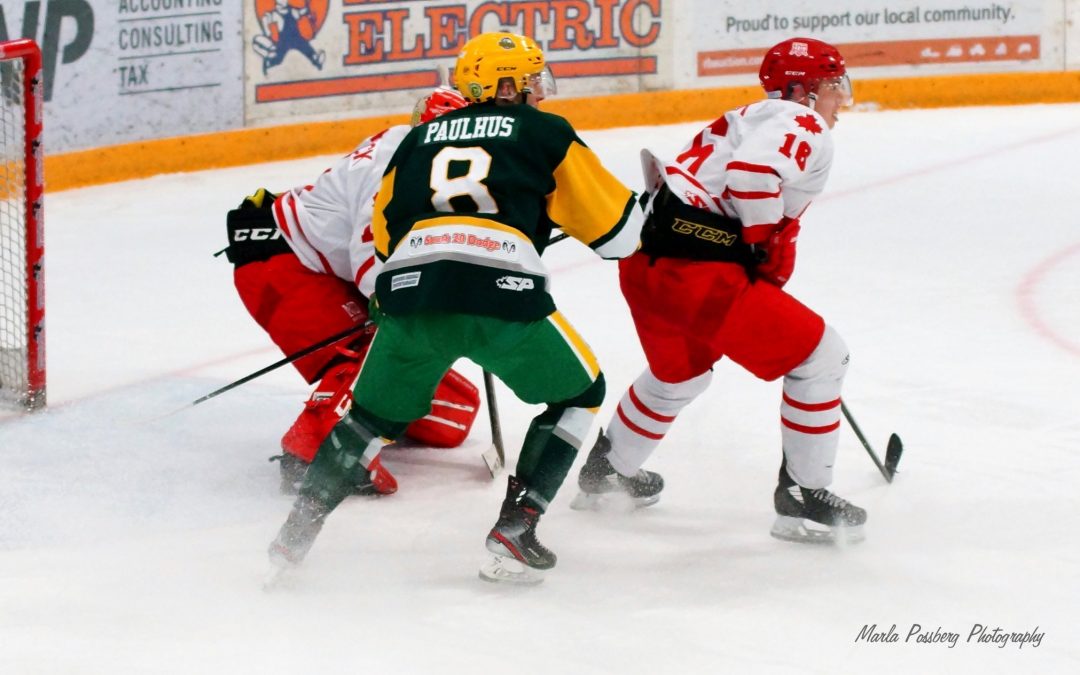 The La Ronge Ice Wolves have acquired 2002-born forward Josh Paulhus from the Humboldt Broncos in exchange for a player development fee and a second-round pick in 2021.

“Very, very high compete level, plays with what we like here — grease and grit,” said Ice Wolves Head Coach and GM Kevin Kaminski. “He had some very good numbers with the Saskatoon Contacts, so now it’s our job to get that out of him.”

The Saskatoon, SK product had 13 points in 42 games last season with the Broncos and he also recorded 77 penalty minutes. Additionally, Paulhus appeared in three games with the WHL’s Regina Pats scored once.

During the 2018-19 season with the Saskatoon Contacts in the U18 AAA ranks, Paulhus tallied 49 points in 44 games.

Meantime, the Ice Wolves are slated to conclude their pre-season schedule on Saturday night in Flin Flon versus the Bombers. That contest gets underway at 6:30 p.m. Saskatchewan time. La Ronge is 2-0-1 versus Flin Flon during the exhibition schedule.

The Ice Wolves are scheduled to open the regular season next Friday night at home versus the Nipawin Hawks.

The SJHL is still awaiting approval from the proper authorities before it can officially kick off the 2020-21 hockey season.