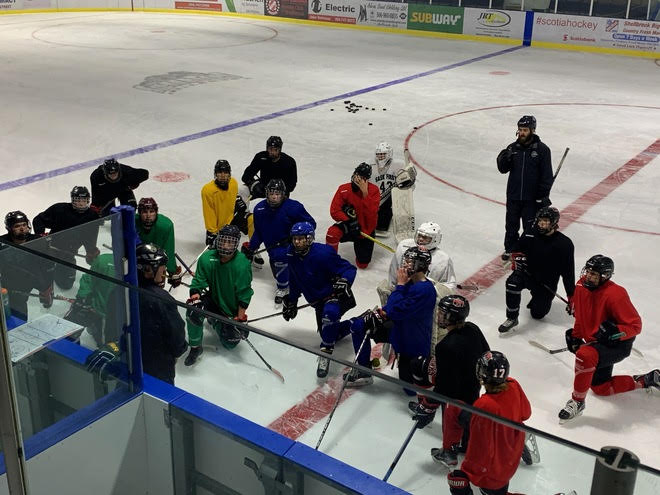 The Parkland Elks U18 AA hockey team is getting set for the season.

This year, the Shellbrook-based club features a handful of players from northern Saskatchewan. One of those players is 2005-born forward Sage Roberts from the Lac La Ronge Indian Band.

“I’d like to play AAA next year and see if I get noticed from here,” said Roberts.

Roberts spent the 2019-20 season with North East Wolfpack U15 AA team and he recorded 17 points in 29 regular season games.

“We were very happy with the crew that came out and tried out,” said Elks Head Coach Tim Leonard. “We’ve got six (players) from the far north and one from the Big River First Nation.”

Leonard was previously an assistant coach with the WHL’s Prince Albert Raiders and he has also guided the Prince Albert Mintos in the past.

(PHOTO: The Parkland Elks at a practice. Photo courtesy of Kevin Roberts.)