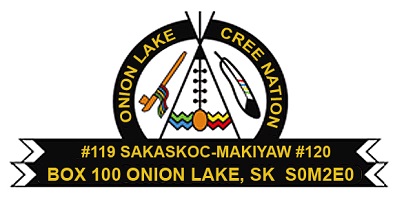 An Appeals Court has found the Onion Lake Cree Nation was not in contempt of an order to release its financials records publicly.

In June 2017, the First Nation was compelled to show its financials after band member Charlene Stick requested them through the First Nations Financial Transparency Act.

The First Nation partially complied with that order, releasing only two years of documents. During the contempt hearing in April 2019, “No one appeared for Onion Lake. No evidence was filed on its behalf,” yet despite retaining the same legal counsel, during previous hearings on the matter.

The Chambers judge ruled “it is clear that Onion Lake Cree Nation had notice of the order because it retained counsel and appealed the order to the Saskatchewan Court of Appeal, who dismissed the appeal and further affirmed the First Nation’s obligation to comply. Finally, the evidence demonstrates that the First Nation has not complied with its obligation to provide and publish disclosure for the 2017 and 2018 financial years, despite being asked to do so by Ms. Stick, and despite being properly served with this application. I am therefore convinced beyond a reasonable doubt that Onion Lake Cree Nation is in civil contempt of an order of this Court.”

As well, leadership of the First Nation believed that its legal council was aware of the pending court action and would handle it.

In a unanimous ruling by the Appeals court it found “The Chambers judge did not have the benefit of evidence or submissions from Onion Lake. This occurred because the applicants for the contempt order had failed to serve Onion Lake’s legal counsel with the contempt application. Onion Lake has applied for the admission of fresh evidence to explain how this came to pass as well as to support certain arguments it makes in its appeal.”

“This does not mean that Onion Lake has a satisfactory answer for why records for years after 2016 should not be published or that the Court of Queen’s Bench cannot make an order directing this to occur. Those issues, should they remain contentious, are left to be resolved in other proceedings. However, the bottom line is that Onion Lake did not breach the Compliance Order.”