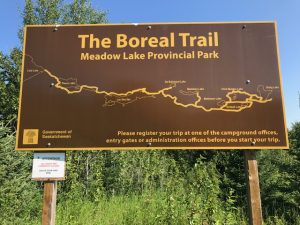 Northern Saskatchewan provincial parks are part of an almost $7 million government investment in facility upgrades slated to take place over the next year.

As part of the improvements, the Meadow Lake Provincial Park will see water systems and boat launch upgrades.

A number of parks in northern and central Saskatchewan will also see washroom, dock, day-use facilities and signage upgrades.

Improvements in the trail systems at both the La Ronge and Meadow Lake parks were completed this year.

The La Ronge park also saw improvements to its sewage lagoon system in 2020.

The province says it has invested more than $141 million in Saskatchewan’s parks since 2007.

(PHOTO: The Meadow Lake Provincial Park is one of a number of provincial parks in northern Saskatchewan scheduled for upgrades over the next year. Photo courtesy www.sasktrails.ca.)