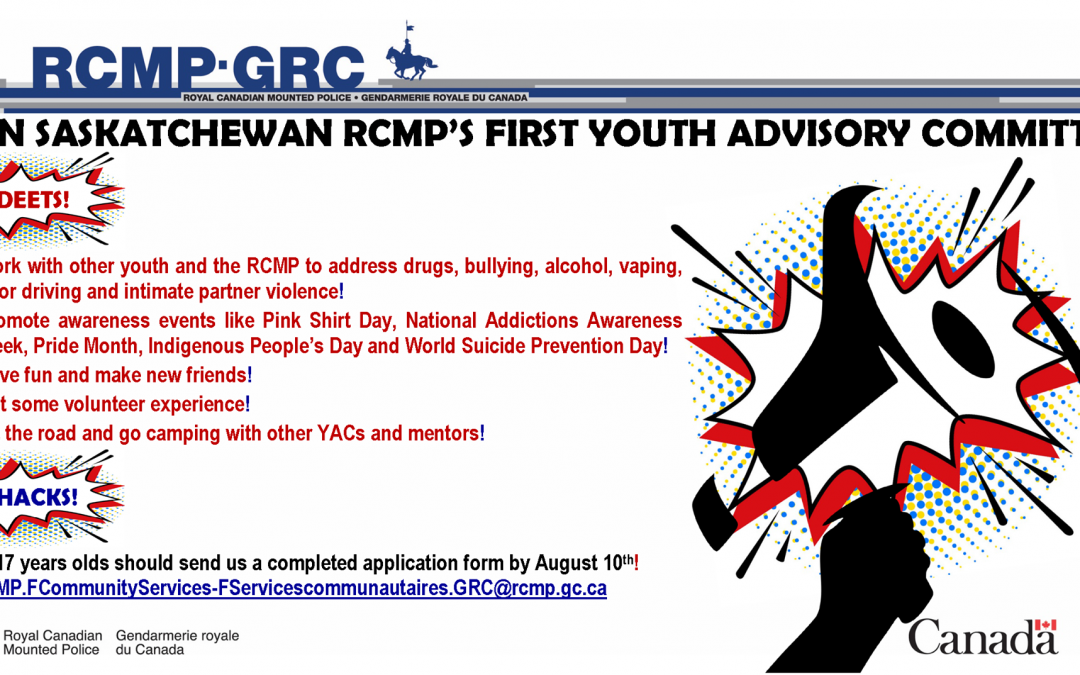 The Saskatchewan RCMP will be piloting a youth program in communities across the province this year.

Laili Yazdani, a community program officer for the force, said the Youth Advisory Committee will allow teenagers to interact with police officers and identify issues in their communities that need to be addressed while gaining volunteer experience.

She said the outcome for communities that are part of the initiative will depend on what volunteers raise as issues.

“We really want to support youth-lead crime prevention initiatives,” Yazdani said. “So, I think it’s really going to depend on the youth and what we hear from the youth themselves in terms of what they feel is important to address.”

Yazdani said youth across the province responded to a survey last year stating what they believe are issues in their communities.

She said this program is aimed at helping them address these issues.

“Every community is different and the youth priorities in one community may be different from another. In the survey, provincially, the top five topics that the youth raised were drugs, bullying, alcohol, vaping and poor driving.”

Yazdani said positive interaction with RCMP members is another big reason for the program.

“It will give them the opportunity to really interact with the members, especially in their communities. We circulated a survey last year and we received 3,750 responses from youth and about 70 per cent of the comments in the survey related to an interest in having positive interactions with our members, so this will contribute to that.”

Youth aged 12 to 17 are eligible to apply to be on a committee.

Yazdani said they are hoping to have the program up and running by October and it will then run until the end of the school year.