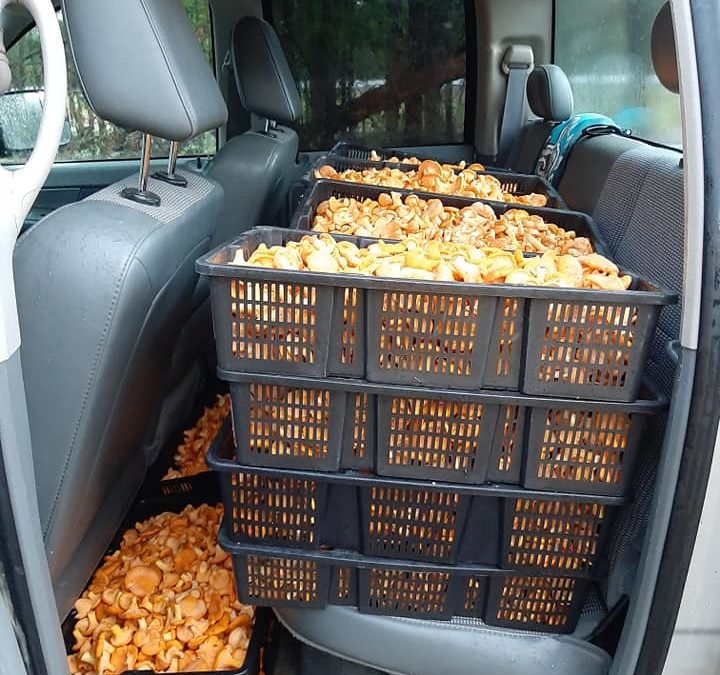 Chanterelle mushroom harvesting is off to an early and busy start this year according to one La Ronge buyer.

Boreal Heartland business manager Randy Johns said the season began earlier than usual due to steady precipitation in the area.

It usually begins in early to mid-August.

“Because the summer has been so wet up until now, that’s good for those mushrooms and I think that’s why they came a little bit early,” Johns said. “Now that we have hot weather, it’s not so bad but we’ll see. If it’s hot for a month or something, that’ll probably slow it down.”

Johns said local people have been selling a lot of the chanterelle mushrooms.

Things were so busy last Thursday that by Friday customers couldn’t buy any more of the mushrooms as they were out of cash and the banks were closed, he said.

Johns added many people are out harvesting and the sought-after mushrooms aren’t hard to find.

“So far, it’s [the harvest] pretty good. There’s quite a lot of chanterelles out there and people are getting quite a lot. The mushrooms are coming pretty good, but I guess it’s all dependent on the weather for how long things will last.”

Johns said after the mushrooms have been sold, they’re shipped across Canada and end up all over the world.

Boreal Heartland is buying the mushrooms from local harvesters at $6.50 per pound this summer.