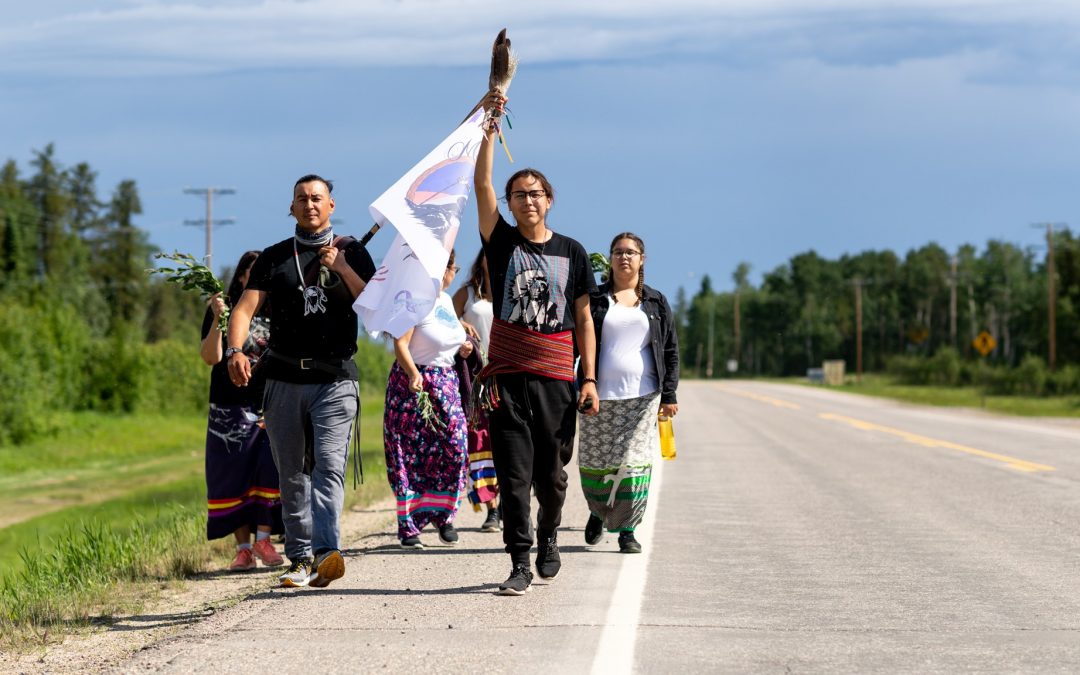 Two men from La Ronge embarked on a 635 kilometre journey Thursday from Air Ronge to the Saskatchewan Legislative Building in Regina.

Tristen Durocher and Christopher Merasty are walking to raise awareness of the amount of suicides that happen in the northern region of Saskatchewan and all across the province.

This comes after Cumberland MLA Doyle Vermette’s private members bill calling for the creation of a suicide prevention strategy was voted against unanimously by the government.

Durocher said the decision to walk comes after years of seeing young people in the north commit suicide.

“I decided it was time to make a strong statement opposing our provincial government’s indifference to the suicide crisis that is going on in our home community of La Ronge,” Durocher said. “The Lac La Ronge Indian Band has declared states of emergencies [in the past] for suicides where some winters we would dig over five graves.”

He said he hopes this makes people around Canada and Saskatchewan aware of what is going on in these communities.

“So, I wanted to walk to raise awareness as to what we’re going through for the rest of the Canadian public because we northerners know what’s happening,” Durocher said. “We’re burying our babies, we’ve stood at the graveyards, we’ve consoled the grieving families, but the rest of Canada doesn’t seem to know. The rest of Saskatchewan doesn’t seem to know or at least they just don’t care. This is my way of making them care.”

Once they reach the lawn of the Legislative Building, Durocher says he will then begin hunger striking.

“I won’t be eating anything until our provincial government passes something meaningful or does something concrete–not promises me, not plans but actually implements and legislates some accountability so there can never be inaction again.”

Doyle Vermette said when Durocher told him of his plans, he was emotional and proud.

“That’s what amazes me—this young man who’s doing this just to show the injustice and how he feels about how somebody couldn’t support a bill to bring us all together,” he said. “And it’s not just about northern, Indigenous; it’s throughout the province. He wants to do this for everyone.”