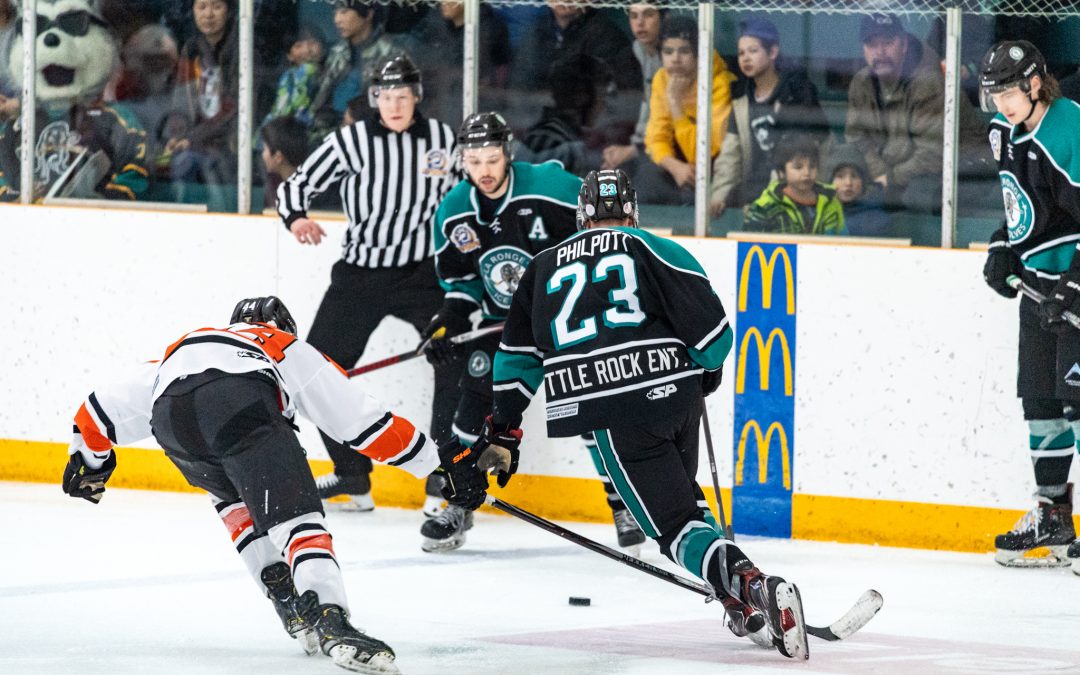 Due to the COVID-19 pandemic, the event was held outside, as people brought their own chairs and maintained their distance from one another.

Several people in attendance were wondering when the SJHL season will begin, but the league has not publicly released a start date for the upcoming campaign.

Meantime, the organization distributed its 2019 financial statement. The statement says the team had a deficit of $7,440 in 2019.

Although the 2020 numbers are not currently available, the organization is pleased with its current financial situation.

“We haven’t audited this past year yet, but it’s about the same in terms of break-even,” said Randy Johns, who is a board member with the team.

The Ice Wolves had their playoff run cut short due to the pandemic and Johns says that certainly hurts.

“Playoffs are big for revenue,” said Johns. “We would have been well in the black this year if we would’ve been able to complete the season and have all the playoff games we thought we were going to have.”

The Ice Wolves had just tied their first-round series with Yorkton at two before the season was cancelled back in March.

Johns says fans should pay attention to the team’s social media accounts for further updates on fundraising activities coming up.