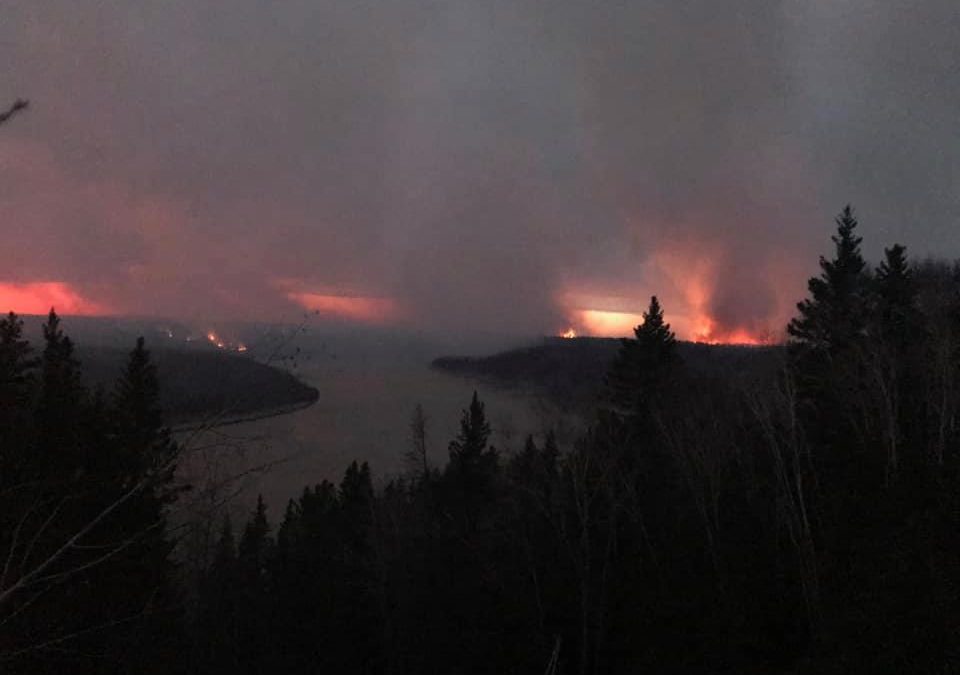 The recent humidity has helped firefighters in making progress in their fight to contain the English Fire at Forte à la Corne which began May 8.

Saskatchewan Public Safety Agency acting vice president of operations Steve Roberts said in a press conference today that due to rain Wednesday and today, active burning in the fire has lessened and most of the smoke has cleared.

“High humidity, cooler temperatures and precipitation yesterday and through the evening have kept fire behaviour low,” Roberts said. “Today we’re seeing very low smoke and fire activity on the fire as of this morning.”

Roberts said crews have been able make some headway in trying to contain the fire because of weather conditions.

Roberts said there haven’t been any permanent residents in the area that have had to evacuate as of today.

This is currently the only active fire being fought by the agency.