Pride flag to fly once again in tri-communities in June 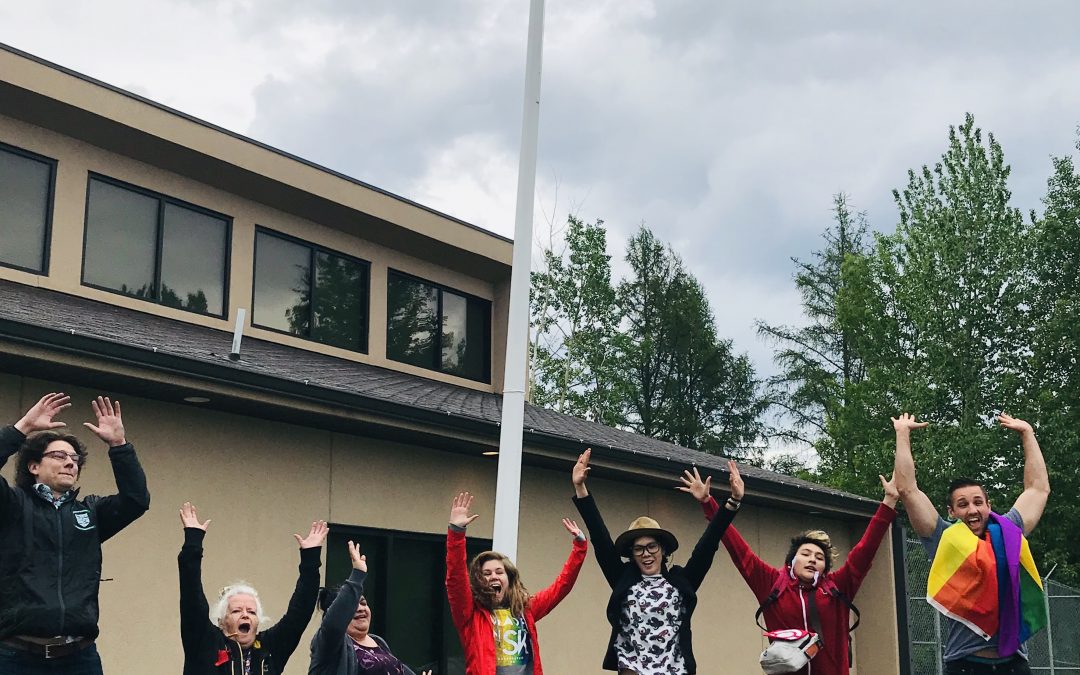 The LGBTQ+ pride flag will be flown at locations in La Ronge, Air Ronge and the Lac La Ronge Indian Band for the month of June.

The motion to fly the flag during Pride month, which is celebrated annually in June, was presented to La Ronge town council on Wednesday night by Colin Ratushniak, one of 10 members of the Lac La Ronge Pride Parade Committee.

Ratushniak said he is happy all councillors agreed to the motion.

“It’s a huge win for us,” he said. “Last year and the year before were a bit troublesome in the fact that two years ago the Pride flag was struck down.”

Ratushniak said flying the flag will show LGBTQ+ people in the region that they are accepted and welcome.

“La Ronge can now stand out as a beacon for youth and LGBTQ people living within the community to show that they’re supported, and they’re viable and visible in the community.”

He said the committee hopes to have a small presentation when the flag is first flown in Patterson Park.

Ratushniak also said because of the COVID-19 pandemic, the usual Pride parade and festival had to be cancelled.

Instead, the committee is hoping to have a small parade that respects social distancing measures but still goes through the tri-communities.

They are also thinking of holding a social media dance challenge spearheaded by Jordan McKay who is originally from La Ronge.

Ratushniak said he hopes those community members who aren’t LGBTQ+ will join in on the festivities.

“You don’t have to be part of the LGBTQ community. It doesn’t restrict people. We love our allies, and anyone else who wants to really strive for equality throughout the world can participate.”

Pride flags will be flown in Patterson Park in La Ronge, the Village of Air Ronge office and at the Lac La Ronge Indian Band office for the entire month starting Monday.