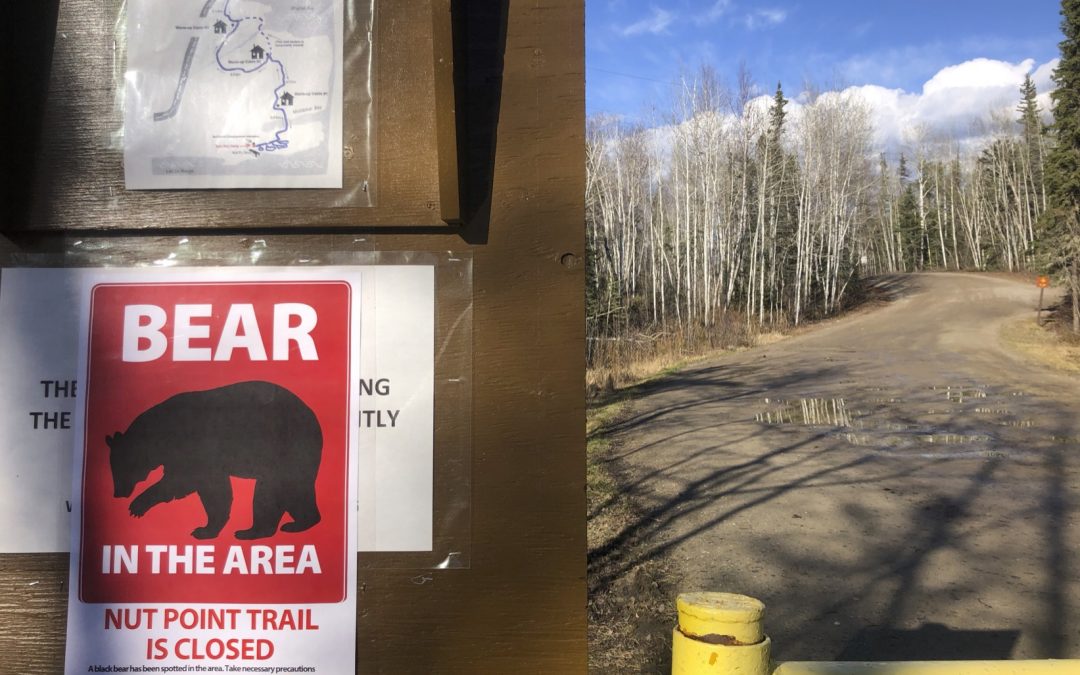 The Nut Point trail has been closed after a bear was spotted there earlier this week.

However, this is not the only bear that has been seen in the La Ronge region recently.

Lindsey Leko, a game warden with the Ministry of Environment, said closing the trail will let the bear leave the area on its own.

“Because of the sighting, they would have temporarily closed that trail just to ensure that if a bear was seen on any of those trails, that it had time to move on,” he said.

Leko said if a bear persists in staying in the area, conservation officers will then decide if intervention is warranted.

He said it is normal to see bears and their cubs around this time of year.

“The mother bears will actually kick out the cubs after they’ve been with her for a while. So, you might have some juvenile bears in that 18-24 months range looking for a new territory and they’re looking for food.”

According to the game warden, there are a few ways to be more “bear aware.”

Leko said hikers should carry bear spray while in the wilderness and have it easily accessible in case of a potential attack.

He also said people need to ensure they keep a proper distance away from bears.

It is also important to report any bear sightings to the Ministry of Environment, Leko said.

“It’s important that if people see them, report them. I know the last thing you’d like to do is see one and then hear an hour later that someone was attacked, or something like that, and you could’ve done something to prevent it.”

He said if hiking with a pet dog, take it under control if you see a bear because barking will likely aggravate the animal.