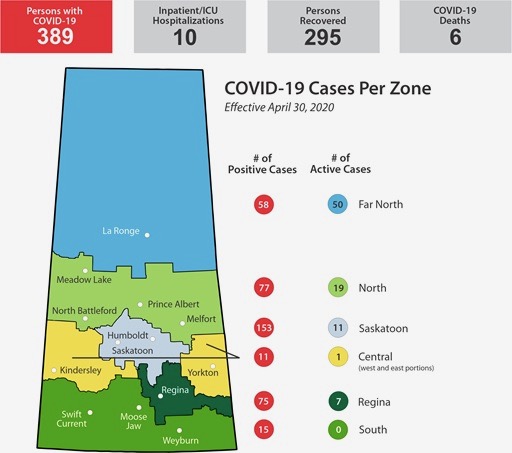 The province has banned all non-essential travel in and out of northern Saskatchewan.

The increased restrictions were announced by the government Thursday afternoon as the province moves to try and manage a COVID-19 outbreak in the northwest.

La Loche has been the hardest hit with at least 39 coronavirus infections in the northern village as of Thursday.

Two deaths from the virus in the past week have also been in the community.

In total, the Far North region, which encompasses the whole of the Northern Administration District, has 58 COVID-19 cases.

For close to two weeks, northwestern communities have been putting their own restrictions in place in an effort to slow the spread of the virus.

La Loche has been locked down and with a curfew in place since mid-April and Ile-a-la Crosse was set to impose its own non-essential travel ban in and out of the community on Friday before the province announced its own restrictions.

Ile-a-la Crosse Mayor Duane Favel said there is a lot of travel between the largely Indigenous northwest communities and it must be stopped.

“The day-to-day people that tend to travel between communities, those are the people that we just want them to be safe,” he said. “And right now the best thing to do is to stay in your community for a while until we get a handle on this.”

The only communities that have exemptions to the travel ban are La Ronge and Stony Rapids.

This means travel from outside the NAD is permitted to these communities only.

The provincial government also announced $350,000 to help northern communities deal with the COVID-19 pandemic on Thursday.

Funding is targeted toward helping establish and staff community checkpoints.

The money is a far cry from the $10 million some northern mayors are asking for.

Fines for violations of the public order range from $2,000 for individuals to $75,000 for businesses.