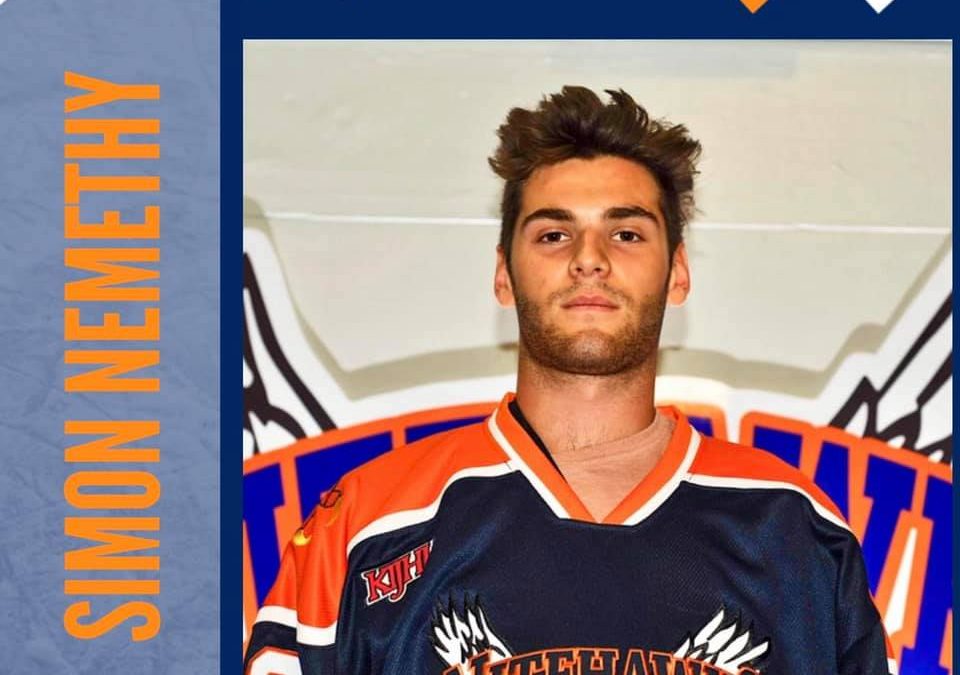 Simon Nemethy has committed to play for the La Ronge Ice Wolves for the 2020-21 campaign.

Nemethy, a 2001-born forward, is a product of Vanderhoof, B.C. He has spent the past two seasons in the KIJHL with the Beaver Valley Nite Hawks.

“I’m a pretty fast aggressive player, I like to be physical,” said Nemethy. “I play a two-way game and I’m a pretty skilled guy I’d say.”

Nemethy had 39 points in 45 games this past season with Beaver Valley. In 86 career regular season games in the KIJHL, Nemethy tallied 62 points and 40 penalty minutes.

“Simon has good size at 6’1”, good speed, character and hockey sense,” said Ice Wolves Head Coach and GM Kevin Kaminski. “He’s not flashy, but plays the game the right way (greasy and with a hard compete level, according to Kaminski) and does everything very well. He’s a centre who can slow the play down and likes to dish the puck to his wingers. He’s also an excellent leader on and off the ice. We welcome Simon to the Ice Wolves’ family.”

Nemethy is the fourth player to commit to the Ice Wolves for the upcoming season.