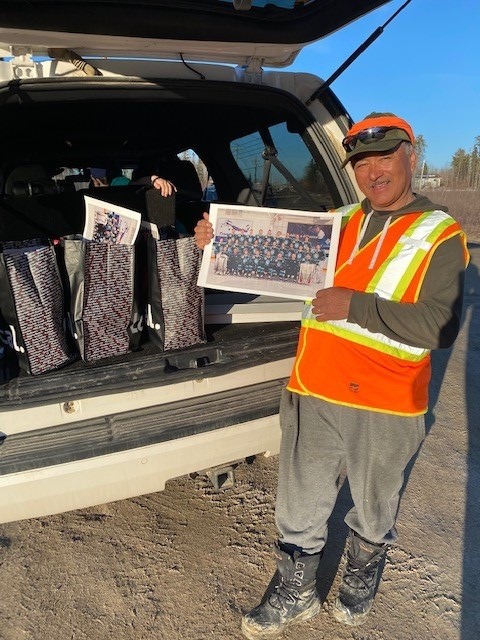 The packages featured several things, including letters crafted by billet families, treats and a team photo.

“Our club recognizes that fans are a huge part of any hockey organization, especially ours,” said the Ice Wolves on Facebook. “We wanted to do something to show our fans that we are thinking of them during these times. We came up with the idea of creating care packages for our fans who are immune-compromised or may not be able to access groceries as freely as before.”

Marlee Proulx serves on the board of directors for the Ice Wolves and she says everyone was extremely thankful for the care packages.

“There was some tears, there was lots of laughter, there was lots of appreciation,” said Proulx. “Some of the people who were receiving the packages would start reading the letters right away. It was just great to see how appreciative they were of this small gesture. We went out to Sucker River, to the roadblock, cause we know we have a lot of really hardcore fans out there, so we distributed a few packages there — just to let them know that we’re thinking about them.”

The Ice Wolves were in the midst of an exciting first-round series with the Yorkton Terriers in March when the playoffs were cancelled due to the COVID-19 pandemic.

The series was tied at two games a piece.

(PHOTO: A team photo was one of the items in the care packages. Photo courtesy of the La Ronge Ice Wolves.)