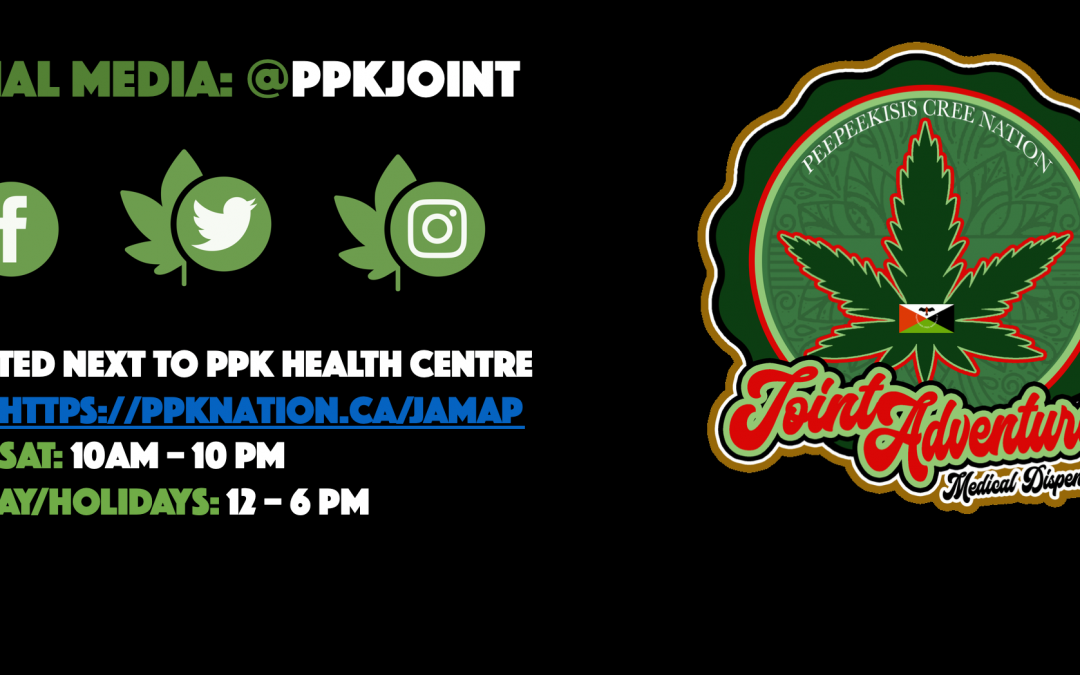 A fourth Saskatchewan First Nation has opened a medical and recreational cannabis dispensary.

The Peepeekisis First Nation in Treaty 4 located east of Balcarres held a grand opening on its retail store “Joint Adventures Medical Dispensary” Saturday, which will operate next to the Peepeekisis Health Centre.

The dispensary will focus on harm reduction and economic development.

“We just kind of think it works for us on the social side with the harm reduction. We’re using it to battle some of the addictions in our community. Most people know a lot of First Nations communities have opioids and they have other addiction that they are dealing with,” said Peepeekisis Headman Colin Stonechild.

The Pheasant Rump Nakota Nation, Muscowpetung Saulteaux Nation, and Zagime Anishinaabek Nation all have their own dispensaries, which were created through passing their own legislation, a process Peepeekisis has done as well.

“There are a few people in our community that we’ve been giving out some of the CBD oils and some of the other oils that we carry in our store and it seems to be working. We’ve had some other health professionals in the area, with some of the chronic pain and some of the issues that some of our elders have and it really seems to help,” said Stonechild.

15 jobs are expected to be created at the dispensary, which Stonechild said will help with economic development.

Stonechild assures that the products meet rigorous safety requirements, being tested at the wholesale distribution and again on-site by staff.