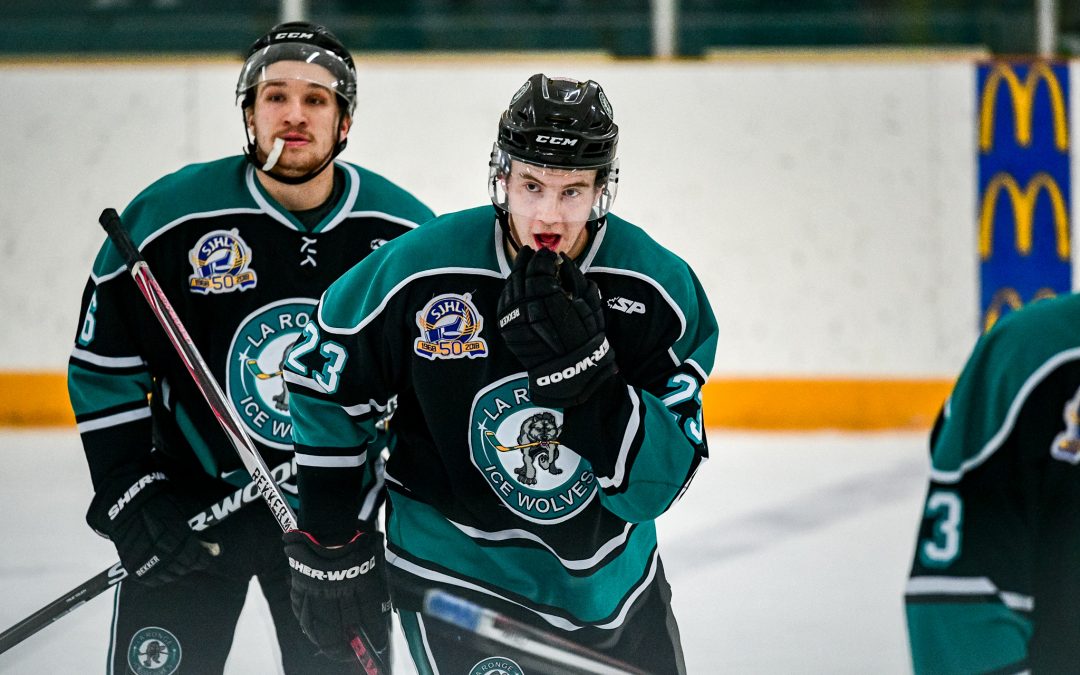 The La Ronge Ice Wolves are gearing up for their final two games of the regular season.

The Ice Wolves will host the Flin Flon Bombers Friday night at the Mel Hegland Uniplex in the ninth meeting of the season between the northern rivals.

“The game plan is just going to be to play hard and stick to what we know,” said La Ronge defenceman Ben Manson. “Play to our systems and finish every hit. Make it a rough game, just kind of play a gritty game and try to get four points here to end the season off.”

The season series is tied at four games a piece and the Bombers took the last matchup 6-4 Feb. 1 at the Whitney Forum in Flin Flon.

The Ice Wolves enter the weekend clinging to fourth place in the SJHL standings with their 31-19-6 record. La Ronge has collected 68 points this season, which is a 42-point improvement from the 2018-19 campaign when the Ice Wolves missed the playoffs for the third straight year.

The Ice Wolves trail the third-place Yorkton Terriers by three points and they are just one point ahead of the Melfort Mustangs, who have one game in hand on La Ronge.

The Bombers have secured second place and they have posted a 36-13-6 record this season.

“This is going to be a battle, I know they have second place locked up, but for us – it means a little bit more,” said La Ronge Ice Wolves Head Coach and GM Kevin Kaminski. “We’re still trying to get that home-ice advantage. We’re going to have to play all of our cards right. They have a very well-balanced team and we are going to have to be at our best to beat them.”

Friday’s game from La Ronge between the Ice Wolves and the Bombers is scheduled to get underway at 7:30 p.m. at the Mel Hegland Uniplex.

After the weekend, the Ice Wolves will get set for the post-season, which is expected to begin on March 6.