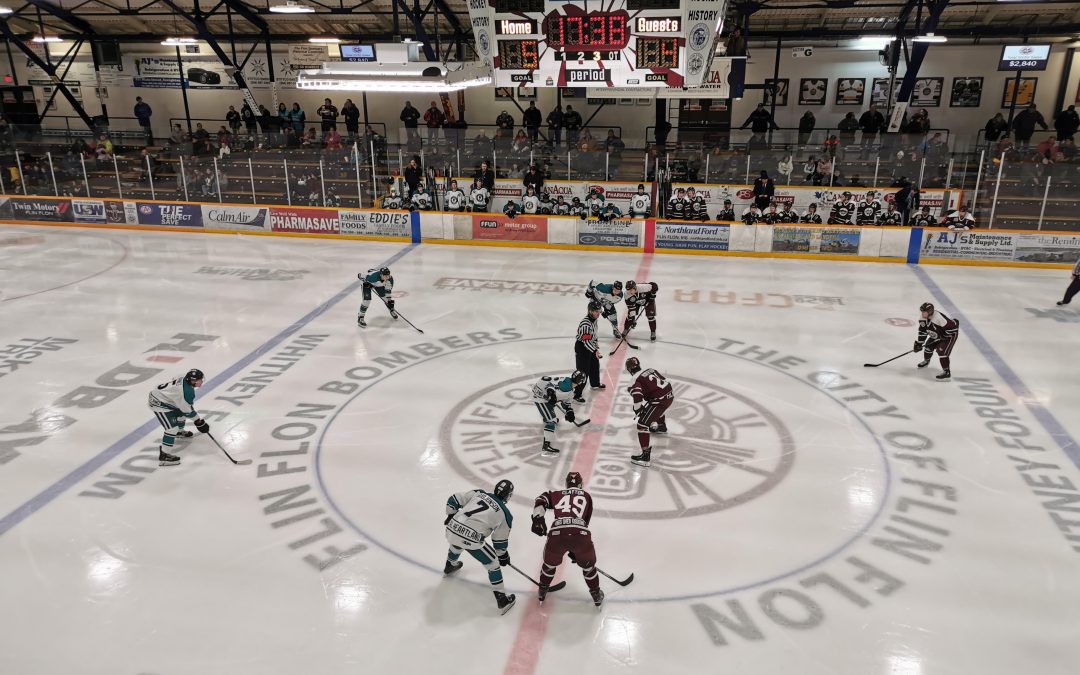 The La Ronge Ice Wolves were looking for their third straight win Saturday, but they ended up falling 6-4 in Flin Flon.

“I thought we played a pretty good game,” said Ice Wolves Associate Coach Gaelan Patterson. “We played with speed, we played the way we wanted to play. We played on top of them.”

Daylon Mannon scored twice for the Ice Wolves, while Chad McIlwain and Holden Knights also found the back of the net. Xavier Cannon got the start and made 44 saves in a losing cause. It was Cannon’s first loss in the SJHL after recording three straight wins.

Alec Malo scored four times for Flin Flon, while Tristan Lemyre and Billy Klymchuk rounded out the offence. Jacob Delorme made 32 saves for the victory.

The Bombers had nine opportunities on the power play Saturday and they scored four times on the man advantage.  The Ice Wolves scored once on three power play chances.

With the loss, the Ice Wolves slipped to 25-18-5 on the season, which has them tied for fourth in the league standings.

La Ronge will look to rebound on Wednesday night in Melfort when they renew their rivalry with the Mustangs.

“I’m sure they (Melfort) are going to come with their best effort and we’re going to have to have our best to beat them,” said Ice Wolves Associate Coach Gaelan Patterson. “It’s a big game again, another division game, so we need that win.”

You can catch Wednesday’s matchup with the Mustangs on MBC Network Radio. The pre-game show gets underway at 7:15 p.m with Braden Malsbury.

Following Wednesday’s contest, the Ice Wolves will not be in action until Feb. 11 when they begin a four-game road trip in Melville versus the Millionaires.

(PHOTO: The Ice Wolves made their fourth trip of the season to Flin Flon Saturday. Photo by Braden Malsbury.)