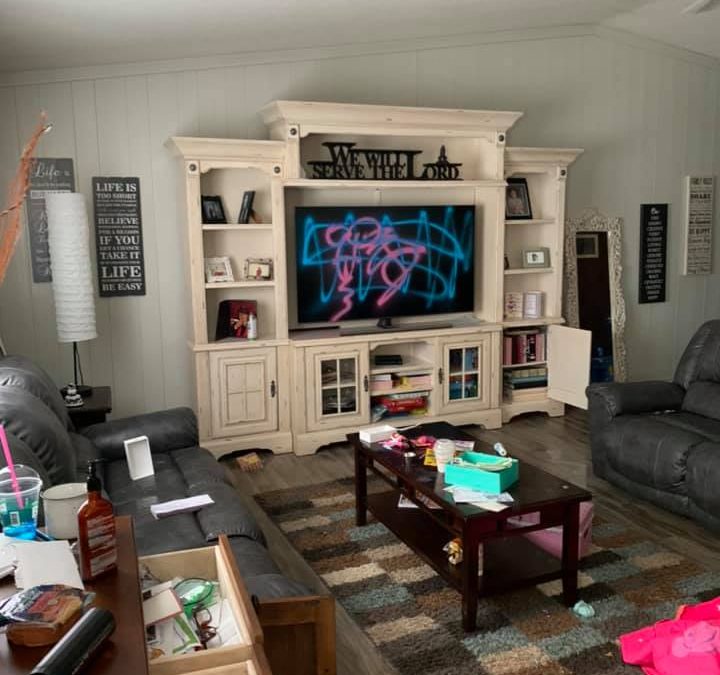 A local woman is left picking up the pieces after returning home to her Air Ronge condo to find the home spray-painted, gang-tagged, and otherwise destroyed.

Monica Dorion is a single mother, valued friend, volunteer, and dedicated nurse at the Lac La Ronge Indian Band’s Jeannie Bird Clinic near Far Reserve. In fact, Dorion and her daughter were out of town to pick up a family member that would be temporarily moving in with her when she returned home to find the home in disarray.

“No one deserves this”

She recalls noticing odd things about her property when she returned home at 3:30 pm on Sunday, the 26th: footprints in the snow along the house, a window smashed, the front door unlocked, and her daughter’s mattress near the back of the house. Despite being away for only a little over 24 hours, the photographs she snapped that day depict a truly impressive amount of damage.

All told, Dorion puts a ballpark figure of the damage caused and stolen items at least $6,000 CAD. The stolen materials are all electronic: a smart-tv ($1,899), two smartphones (~$1,500), a Google tablet ($200), while the damages include an area rug ($300), $500+ of groceries and meat — the fridge and freezer were left open to thaw — as well as untold damage to countless surfaces and fixtures, appliances, and more.

The worst part: Monica Dorion has no insurance for this tragedy. 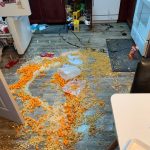 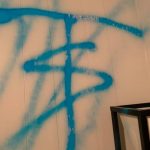 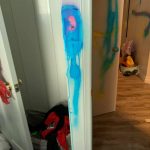 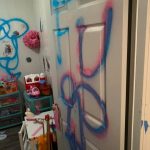 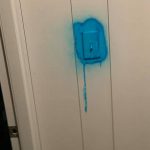 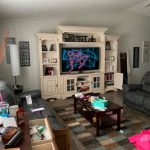 Somehow she remains positive, noting that she does not put a lot of stock in the Terror Squad tags that adorn the carnage. Likely young copycats, she says.

“I feel compassion for the youth who did this. What are they going through in their personal lives to do this?”

Dorion is a critical part of this community and says she will not leave as a result of the break-in; the Jeannie Bird Clinic offers important services including addictions counselling, emergency air medivac, mental/holistic health, and more. Monica was back at work the very next day, she says, although her daughter is taking a few days off in another community to relax. Having her daughter with her when they returned home was a difficult aspect for them both, she admits.

It took a group of Monica and seven friends roughly 16 hours to clean up the scene. Those who came to help (and deserve recognition) include Deborah-Ann Charles, Amy Laliberte, Tania Colbert — and the janitor from Northlands — Wilma Roberts, Jennifer Roberts, and Patricia Halkett.

Compassionate residents are encouraged to contact MBC if they are able to donate, repair, or replace the Dorion family’s losses.

Dorion stated that the La Ronge Police was prompt and timely in their initial response, but that the assured follow-up call from Victim Services is still nowhere to be seen—several days later. She plans to attend La Ronge’s upcoming community meetings to add her voice to the growing chorus concerned about gang violence in Saskatchewan’s north.

MBC reached out to the La Ronge police detachment for comment but did not receive a comment.

All photographs provided by Monica Dorion.