No immediate plans to restart McArthur River Mine 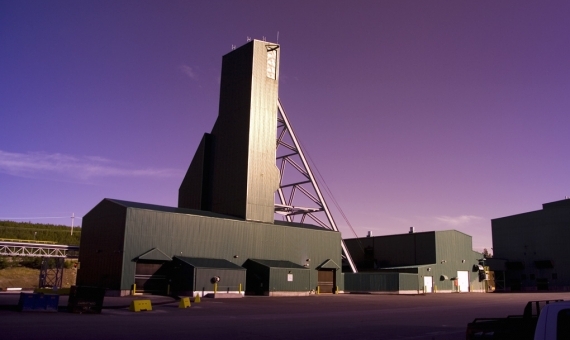 Cameco is willing to wait out low uranium prices now, anticipating a rebound in years to come.

The strategy would be to look for favorable contracts, which avoid putting uranium into the spot market, which can be volatile.

“We’re not going to produce McArthur to just spray the pounds into the spot market. We want a home for them,” Cameco President and CEO Tim Gitzel said.

“We can produce $15 per pound Canadian and the market still would be profitable for us. We said we’re going to leave those low cost pounds in the ground for better days. We’re not just going to blow those out on the spot market.”

The plan for the McArthur River operation would be to leave it open, producing strictly for contracts.

Yet the make-up of the mine would be different, as Cameco would streamline its operations. “We had a thousand people before. We’re not bringing that many back. We’re working on a lot of different modernization initiatives, technology we want to bring in,” Gitzel explained during a discussion at the CIBC Western Institutional Investor Conference.

Once the call is made to restart McArthur River/Key Lake operations employees will need to be re-trained, estimated at nine to 12 months.

Gitzel admits that capital is needed in the Key Lake mill and that success of the first year of re-production is 4,000,000 pounds.

A timeline on when McArthur River/Key Lake may restart is not yet determined. Gitzel said Cameco will continue to stay the course by purchasing uranium to meet contract demands. Yet he’s optimistic anticipating greater need for uranium in the future.

Utilities are expanding nuclear and having preliminary discussions as to where they will get uranium for reactors.