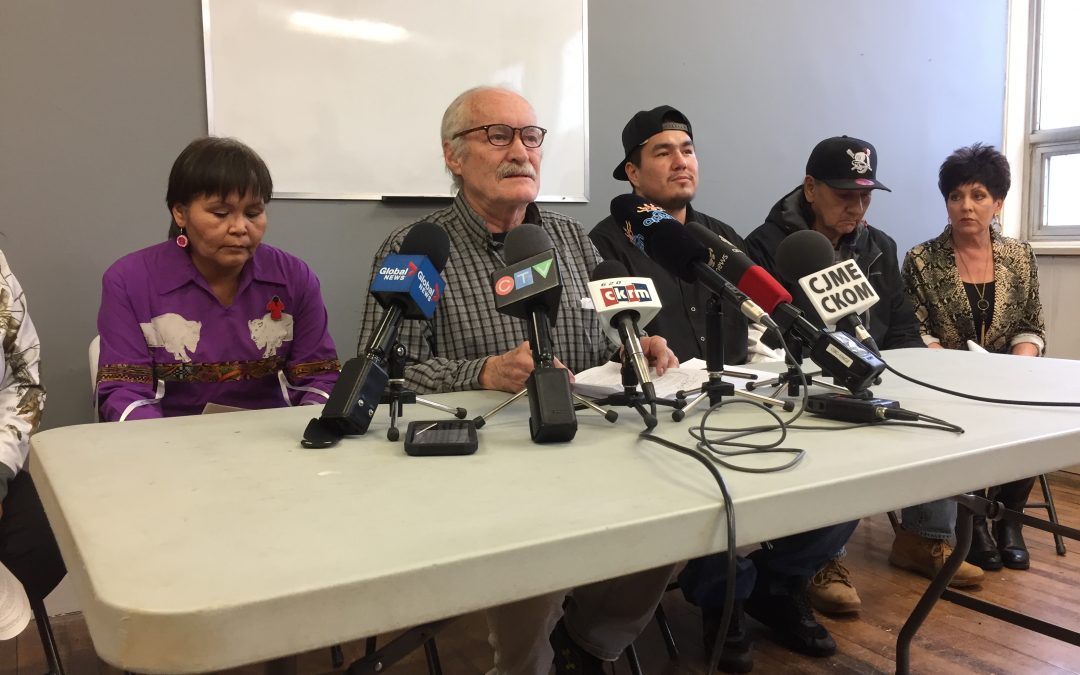 The family of Rocky Lonechild is calling for Regina Police Chief Evan Bray to apologize, fire and suspend officers involved in Lonechild’s arrest in December.

Police claim that a vehicle containing Lonechild was stopped early on December 13, on a home invasion complaint.

Lonechild fled on foot, with his family and supporters alleging he was wanted on an existing warrant, but wanted to spend Christmas with his family before turning himself in.

One month after the incident, the family claims that Bray made false comments, suggesting to the media that Lonechild was high on meth.

A security camera caught the arrest, where it shows three police officers chasing and eventually tackling a man.

During the apprehension a fourth officer is seen entering the arrest, where it appears he is driving his knee several times into the suspect.

“While going forward while the Provincial Complaints Commission is investigating the arrest of my son Rocky Lonechild, that this unknown police officer be dismissed from as a Regina Police Officer,” said Lawrence Bigeagle, Rocky’s father. “I would like to see supplementary action of suspension [for the three other officers involved] without pay for the duration of the investigation. As well, a formal apology to the five people for the damage done to their personal character by Chief Bray.”

Carmel Crowchild filed a complaint with the Provincial Complaints Commission, concerned that the investigation into the use of force may be one-sided.

Jessica Ashdohonk said she was hired by Lonechild as a driver the night of the incident.

She disputes Bray’s assertion of meth, as police searched her vehicle and did not find firearms or drugs.

Lonechild is in Regina Correctional Centre on remand charged with obstruction of justice and break an enter from a separate incident.

(Photo: Family and supporters of Rocky Lonechild addressing the media in Regina. By Dan Jones.)