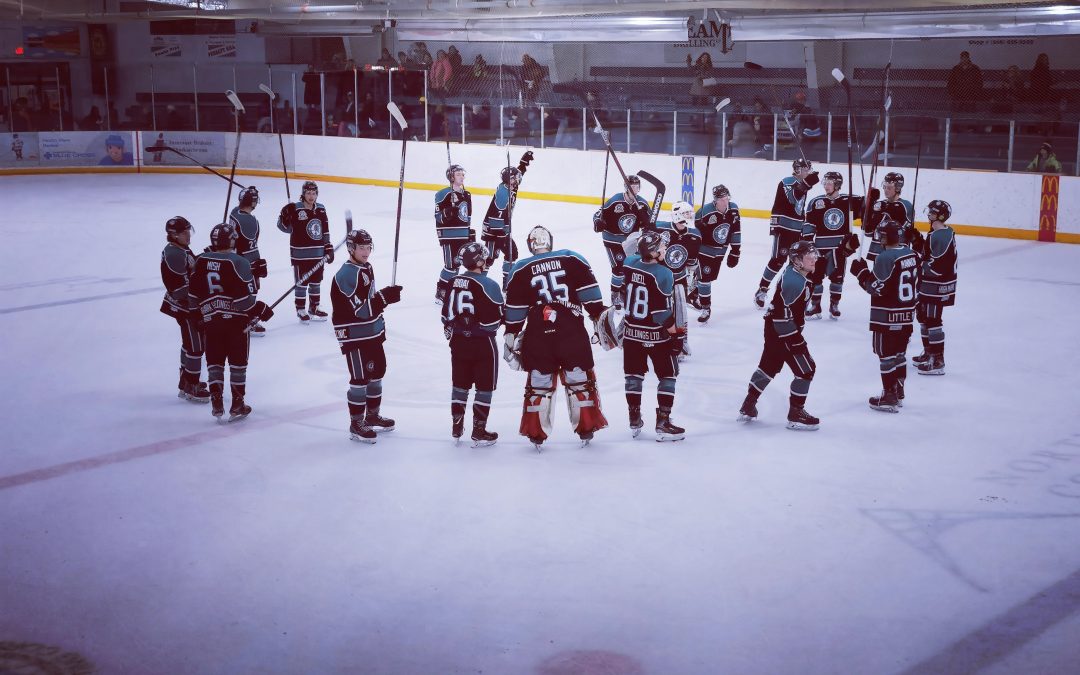 After a lengthy layoff, the La Ronge Ice Wolves got back to their brand of hockey and smoked the Weyburn Red Wings 6-0 on Wednesday night at the Mel Hegland Uniplex.

“I thought the boys played a very, very solid 60 minutes,” said Ice Wolves Head Coach and GM Kevin Kaminski. “First period, I thought we played pretty well. The only thing is, we didn’t get any net-front presence on this goalie and he was seeing everything, and that’s why it was 0-0 (after 20 minutes). Finally, we got guys going to the blue paint and guys got rewarded.”

“I think we just had the boys dialled in,” said Gudjonson. “We had a little bit of a talk before, saying that we needed to get things going. The boys were just clicking tonight, every line was going and things just worked out for us.”

Liam McGarva made 27 saves for his fourth shutout and 20th win of the season. At the other end of the ice, Douglas Wakelyn stopped 42 shots in his SJHL debut.

Booker Chacalias and Kyle Schneider returned to the La Ronge lineup after being out with injuries. Chacalias had several good scoring opportunities, while Schneider chipped in with one assist.

With the win, the Ice Wolves improved to 24-17-5 on the season, which has them sitting in sixth place in the SJHL standings. The Ice Wolves will look for their second straight win Friday at home when the Estevan Bruins come to town for a 7:30 p.m. puck drop.

Following Friday’s action, the Ice Wolves will conclude their week Saturday in Flin Flon versus the Bombers.