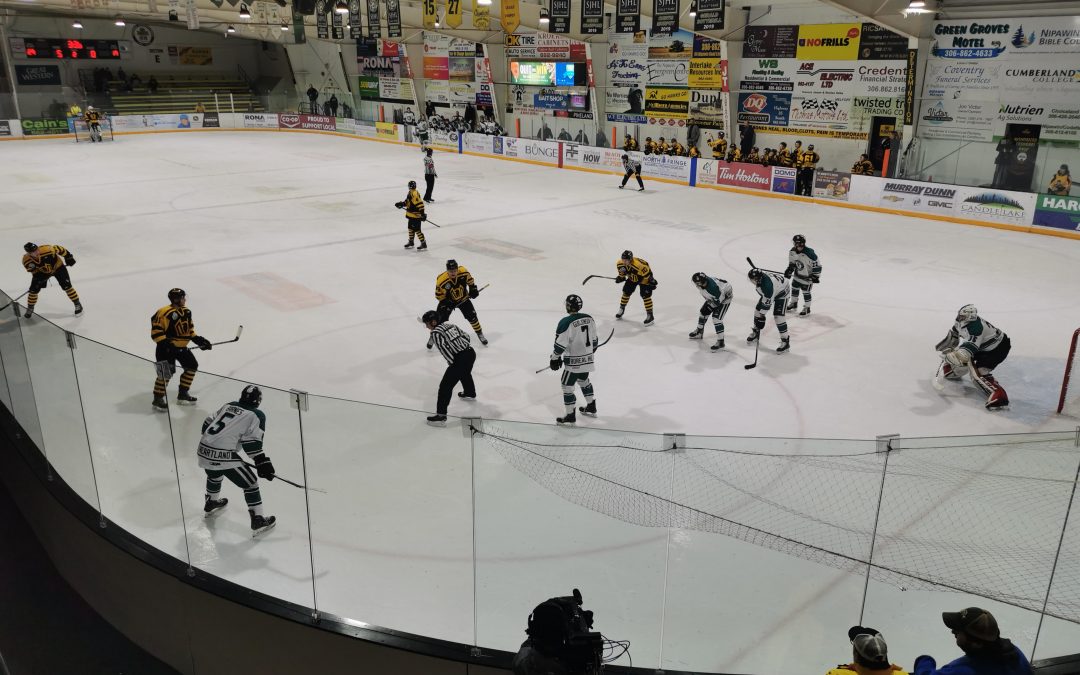 The La Ronge Ice Wolves saw their 10-game points streak come to an abrupt end on Friday night when they dropped a 7-1 decision in Nipawin to the Hawks.

“Maybe the third I thought we had a decent period,” said Ice Wolves Associate Coach Gaelan Patterson. “The first and second, we were hesitant, timid and kind of not really on the same page. They were and they were playing hard, and that was the difference.”

Spencer Kennedy scored La Ronge’s only goal, while Liam McGarva suffered the loss in net. McGarva got the start and allowed five goals on 26 shots before being replaced by Xavier Cannon in the second period. Cannon played nearly 27 minutes of the game and allowed two goals on 20 shots in his relief appearance.

With the loss, the Ice Wolves slipped to 22-15-5 on the season, which still has them sitting in fourth in the SJHL standings. Friday’s setback is the first loss in regulation for the Ice Wolves since Nov. 29 when they were blanked 3-0 in Melfort.

“Definitely a good wakeup call (the loss),” said Ice Wolves Associate Coach Gaelan Patterson. “Today was the trade deadline day, so there was a lot going on.”

The Ice Wolves have lost their last two games and they will look to rebound on Saturday at home when they finish a home-and-home series with the Nipawin Hawks. Saturday’s contest is slated to get underway at 7:30 p.m. from the Mel Hegland Uniplex.

(PHOTO: The Ice Wolves made their last trip of the regular season to Nipawin Friday. Photo by Braden Malsbury.)