Ice Wolves doubled up by Stars 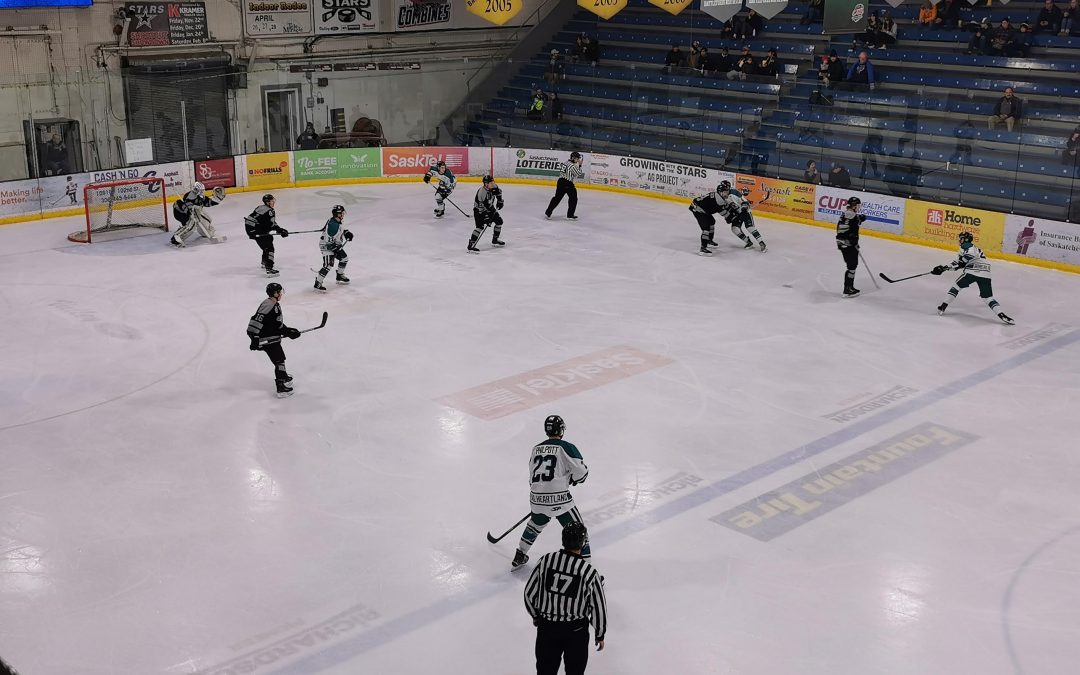 The La Ronge Ice Wolves dropped a 6-3 decision on Friday night in North Battleford to the North Stars.

“We didn’t put a 60-minute effort in, we came out OK, we had a pretty decent first period — had some good chances,” said Ice Wolves Associate Coach Gaelan Patterson. “In the second, we just didn’t come out to play, we weren’t ready. That happens, but against a team like Battleford, you gotta put a full 60-minute effort in.”

Liam McGarva got the start in the net for the Ice Wolves, but he was replaced by Xavier Cannon after 40 minutes of play. McGarva allowed six goals on 30 shots, while Cannon stopped all seven shots he faced in a relief appearance.

“It’s great to see Mish have some success,” said Ice Wolves Associate Coach Gaelan Patterson. “Obviously, he’s a leader and he’s been a hard worker all year. I’ve had him (as a coach) for two years now and I can’t say anything bad about him, he’s a great guy. It’s really good to see him get a hat trick.”

Ben Hiltz, Quintin Loon-Stewardson, Kaden Boser, Matthias Urbanski, Dylan Esau and Timon Prexler found the back of the net for the North Stars. Kristian Lyon turned away 37 shots for his second win in the SJHL since being acquired from the BCHL.

With the loss, the Ice Wolves slipped to 23-17-5 on the season, which still has them sitting in fourth in the SJHL standings.

The Ice Wolves will look to rebound on Jan. 29 at home when they host the Weyburn Red Wings at the Mel Hegland Uniplex.

(PHOTO: The Ice Wolves made their last trip of the regular season to North Battleford Friday. Photo by Braden Malsbury.)