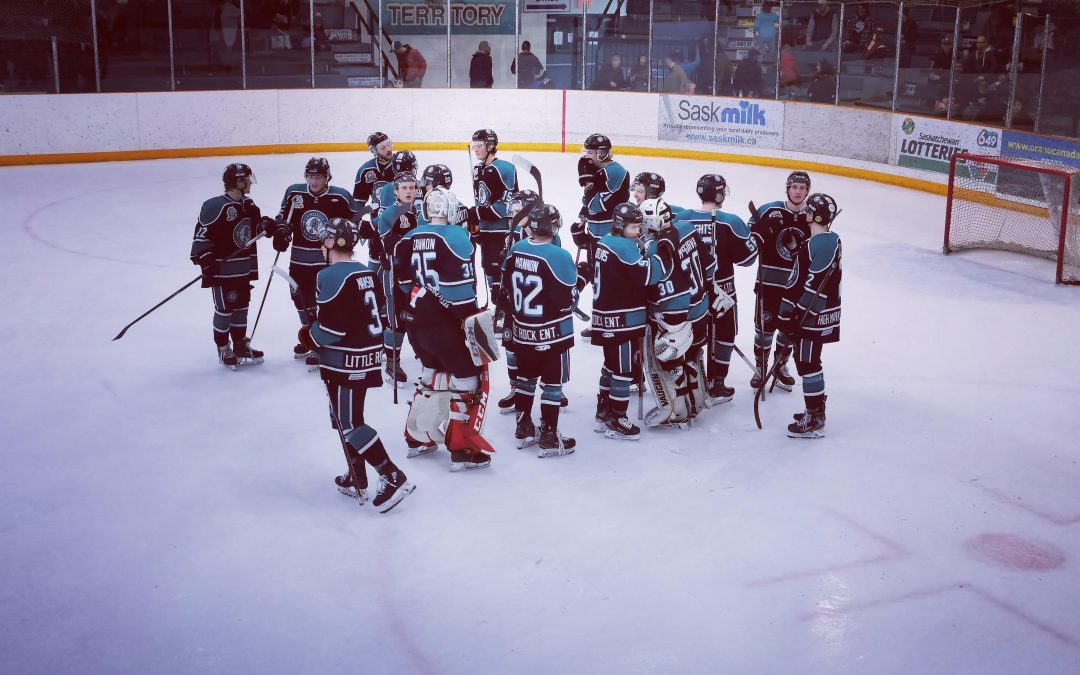 The La Ronge Ice Wolves recorded their second straight win Friday at home when they blasted the Bruins of Estevan 9-2.

“This was a huge game, this puts us back to second place in our division and fourth overall in the league,” said Ice Wolves Head Coach and GM Kevin Kaminski. “Again, we have to control our own destiny and keep climbing the ladder when we play.”

Jake Gudjonson and Daylon Mannon both scored twice for La Ronge, while Logan Holm, Holden Knights, Chad McIlwain, Spencer Kennedy and Kyle Schneider all added singles. Liam McGarva made 40 saves for his second straight victory and 21st of the campaign.

Troy Hamilton and Cody Davis scored for Estevan. Keenan Rancier got the start in the Estevan net, but he was yanked after allowing six goals on 17 shots. Randy Cooke faced 18 shots and allowed three goals in a relief appearance.

“I just think we played good as a team, the first period was alright,” said La Ronge forward Daylon Mannon. “We need to work on our defence a little bit going into tomorrow’s game against Flin Flon.”

With the win, the Ice Wolves improved to 25-17-5 on the season, which vaulted them to fourth in the very tight SJHL standings.

La Ronge will search for its third straight victory Saturday in Flin Flon against the Bombers. You can catch Saturday’s contest live on MBC Network Radio. The pre-game show gets underway at 7:15 p.m. with Braden Malsbury.

Following Saturday’s action, the Ice Wolves will travel to Melfort next Wednesday when they renew their rivalry with the Mustangs.